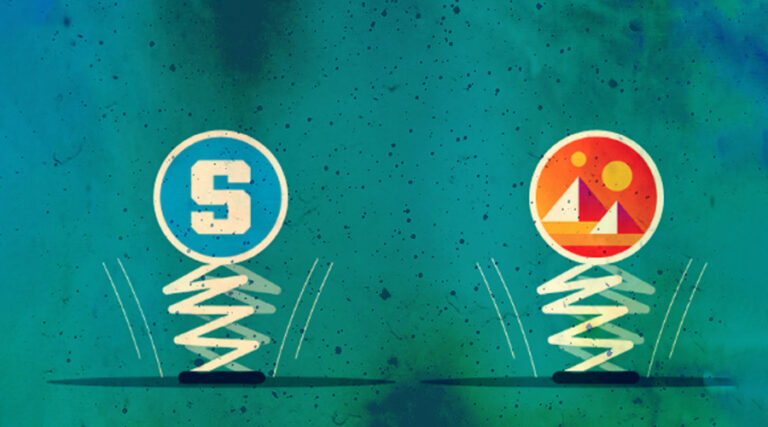 Looks like Metaverse is just a passing fad with less than 1000 active users!

Metaverse got really hyped up during the bull run, and so did the popular tokens SANDBOX and MANA. At the same time, Facebook changed its name to Meta, which created even more hype. However, it looks like Metaverse is just a passing fad because reports suggest that MANA’s $1.3 billion ecosystem has only 38 daily active users. Even Sandbox is struggling and reportedly has nearly 500 active users.

The poor state of the Metaverse

Decentraland (MANA) and Sandbox have valuations of more than $1 billion, but still, both of them combined have less than 1000 daily active users. Now the definition of an active user is said to have a unique wallet address interaction. So, if a user logs in and uses the native token of the metaverse to purchase or do something, then it counts as active use.

This definition is important because if you enter the metaverse and dilly-dally around, you won’t be counted as an active user. It is important to make transactions which is the basis of this number. Users who come onto the platform and also make transactions once in a while would be counted under active monthly or quarterly users but won’t fall under the daily count.

The shocking part is that this bear market has brought down the number to a bare minimum, but even during the peak, it wasn’t quite extraordinary either. DappRadar reported that Decentraland’s highest daily active user count was 675, while it was 4,503 for the Sandbox. So, the question is, was the hype of the metaverse all for nothing? People invested in it and expected returns, but they never came around to using it.

Is this bear market the end for the Metaverse?

Well, the numbers aren’t that great, but many large companies are of the opinion that Metaverse does have a future. However, I believe before the bull market starts, both Sandbox and Mana would come down to more sensible valuations. Other Metaverse platforms, like play-to-earn games, are also doing comparatively better and have higher demand. With the metaverse, there is a product and a market but no fit, at least yet.

What are your thoughts as Decentraland sees only 38 daily active users while Sandbox is at 500? And do you think Metaverse is just a passing fad? Let us know in the comments below. And, if you found our content informative, share it with your family and friends.

Also Read: Anchorage co-founder says there is “no clarity” on crypto regulation in the US.