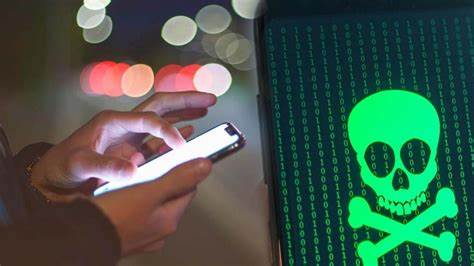 The new malware named  PseudoManuscrypt got reportedly used against civilians and other establishments in Kazakhstan and European Countries.

According to the report, the malware was used to spy on Apple Inc. and Android Handsets. The study report was published by Benoit Sevens and Clement Lecigne of Google’s Threat Analysis Group.

The report also mentioned that the spy tools were created by a Milan-based company named RCS Lab. RCS Lab’s website states that its clients include governments and various European law enforcement agencies.

How did Android & iOS handsets got attacked?

In android sets, malware hidden in APK is entered into phones when victims enable the feature to enable installation from unknown sources. As a precautionary measure, Google has informed all the devices which got affected and has made necessary changes in Google Play Protect to avoid any mishappening.

According to google, vendors such as RCS Labs are enabling the proliferation of dangerous hacking tools. Governments who wish to use these tools purchase them from these vendor groups, as they do not have in-house capabilities or know-how to develop on their own. This is a serious privacy and security concern for the entire tech world.

RCS Lab told Reuters News Agency that all its goods and services comply with existing European laws and regulations. They also told that none of the personnel working at RCS Lab was exposed or participated in any activities conducted illegally. RCS Lab added that they condemned any misuse of their products.

Google reported that their researchers found detail about past collaboration between the now-defunct Hacking Team.  Hacking Team was a say firm based in Italy.

The hacking Team got exposed in 2015 after a major hack led to a disclosure of their internal working documents and meeting information.

The Hacking Team is known for creating surveillance software for governments to tap into electronic devices.

Avast Software, a technological MNC famous for their cybersecurity products reported that between March 2020 and June 2020, usage of spy and stalker ware has increased by at least 51%

Another cybersecurity solution company, Kaspersky, based in Russia, said in a report that between January and November 2021, over 35000 devices in 195 countries were targeted by a new piece of malware.