Metaverse from an organic perspective means digital universe. Social Media giant Facebook, renamed itself to Meta in 2021, which contributed to the hype about metaverse. The name changing had a positive impact on the industry, as the industry peaked and reached its top. Facebook also propelled a digital plot selling initiative, in the so-called meta-verse platforms created by Sandbox and Decentraland.

According to the reports, it is known that the platforms provide the interested investors an opportunity to purchase land as an NFT. The land as an NFT then can be utilized to create virtual buildings or can be reauctioned at Open Sea.

Many big companies went ahead to buy the virtual lands. The list of the companies included Adidas and many more. Though many companies were positive about the dealing of virtual land, some of them went on to criticize the concept and among them was one of the most renown entrepreneur Mark Cuban.

Mark Cuban went on to comment that, it is illogical to deal in metaverse, especially in land dealings. Let’s look at the whole story below.

“The Dumbest Shit Ever” – Quoted by Mark Cuban

Last week when the entrepreneur spoke to altcoins, he was heard saying that metaverse is the “Dumbest Shit Ever” in regards to land dealings. The tycoon’s thoughts come as the euphoria that has been building up around the digital world appears to be waning.

Though Mark Cuban made such a criticizing statement about metaverse, he is indeed an investor of Yuga Labs, which creates the Bored Ape NFT. So, it would be fair to assume that, Mark Cuban is not pleased with the concept of Metaverse but is in support of the digital asset industry broadly. 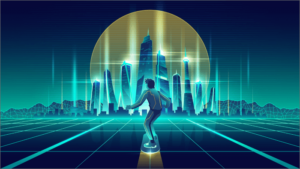 According to the reports, it is believed that Metaverse is going in a declining trend, since last November 2021. Part of it has to be co-related to the cryptocurrency market crash, which technically brought the entire digital asset industry down. Since August 6, the top five metaverse platforms have sold around $150,000 worth of goods.

I personally don’t completely agree with Mark Cuban’s thoughts. Well yes, such a demand for metaverse seems too unrealistic, but, calling it dumb shit doesn’t go down well with me, as I believe there is space for Metaverse, to grow leaps and bounds in the digital asset industry.

Share your thoughts about Mark Cuban’s comments about metaverse in the comment section below. Please share this article with your friends and family in case you liked it.