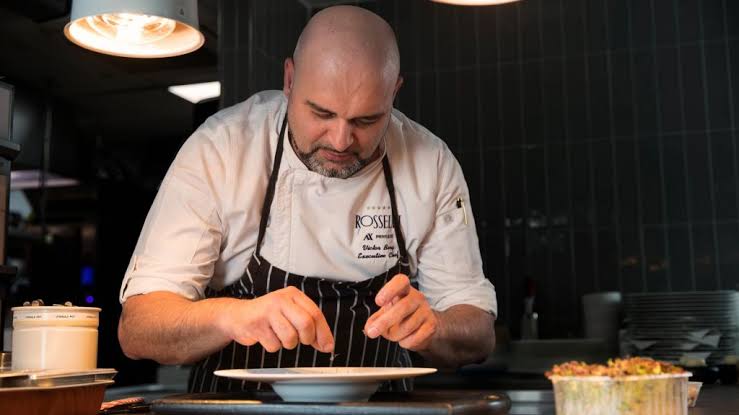 Marvin Gauci is a restaurant chef who has a rebellious streak. It was this quality that earned him a Michelin star. He considers himself fortunate to own one of the few restaurants on the small island to have gotten the prestigious prize.

Following the Michelin star, his next achievement is to be named the first bitcoin restaurant in Malta, earning him the Satoshi star.As he just stated, his Malta outlets St. George’s Bay Caviar & Bull and Buddhamann now take Bitcoin and Lightning.

Chef Marvin Gauci appears to think differently and creatively outside of the kitchen. He also goes above and beyond in terms of payment choices for his visitors. Caviar & Bull, one of the first restaurants to take Bitcoin, did so in 2017/18, when Malta was dubbed “Blockchain Island.”

The blockchain island sunk before it could really take off, but it had some negative consequences. The “bitcoin not blockchain” meme was spread among Malta’s business entrepreneurs, who took the orange pill.

“Setting up #Bitcoin and Lightning terminal for all my restaurants this week,” Mr Gauci said in a recent tweet.

Any company would benefit from becoming a member of the bitcoin community. However, a restaurant business can prosper in particular owing to the additional payment options.

The Tweet generated a lot of buzz, and many people have already confirmed that they will visit Mr Gauci’s restaurant on their next trip to Malta.

For a long time, the bitcoin community paid attention to Tahinis, and it became a well-known brand among bitcoiners. Is it possible to duplicate the concept? Food vending for Sats allows a corporation to gather the most difficult asset and add bitcoin to its bank account. “Cha-ching,” the stash rises with each steak sold, and a terrific lifestyle is added on top of that because bitcoiners are a lot of fun to hang out with and are incredibly supportive of one another.

The blockchain island was a pipe dream, but if people understood the benefits of bitcoin and lightning, the bitcoin island might become a reality. The Bitcoin Restaurant in Malta takes the initiative and sets an example for others to follow. The locals are ecstatic at the news and are ready to fill the bar.