This year, MicroStrategy has been on a buying binge and shows no signs of slowing down anytime soon. The company’s Bitcoin holdings have now topped 100,000 BTC, making it the world’s largest Bitcoin holdings corporation. MicroStrategy, the intelligence provider, has not been deterred from purchasing more. It appears to have regained energy in its pursuit of Bitcoin. 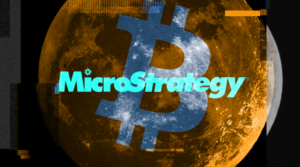 The company has profited handsomely from all of the BTC it has on its books. The corporation has led a prosperous venture by moving into Bitcoin, with over $2 billion in profit already reported for the year 2021. MicroStrategy has made another major Bitcoin acquisition, reaffirming its commitment to keep the currency.

According to a Securities and Exchange Commission (SEC) report on Thursday, MicroStrategy, a software intelligence business and Bitcoin accumulator, has grown its BTC holdings with a recent purchase of 1,434 coins. The purchase was done for $82.4 million in cash between November 29 and December 8, valuing each BTC at around $57,477 on average.

The transaction comes a little over a week after the corporation said it had paid $414.4 million for over 7,000 BTC. MicroStrategy claimed it now owns 122,478 bitcoins for a total purchase price of $3.66 billion, based on an average price of $29,861 per coin. The company’s bitcoin assets are estimated to be worth $6 billion at the time of writing.

“MicroStrategy has purchased an additional 1,434 bitcoins for ~$82.4 million in cash at an average price of ~$57,477 per Bitcoin,” MicroStrategy CEO Michael Saylor tweeted on Thursday.

Saylor is well-known in the Bitcoin community for his HODL attitude, which entails accumulating as much Bitcoin as possible without lending it out. With such a large Bitcoin stack, MicroStrategy might generate enormous passive income from bitcoin-backed loans.

Michael Saylor has stated that the company’s goal is to eliminate counterparty risk, which is high with Bitcoin loans, and to expand its Bitcoin holdings. MicroStrategy now owns about $500 million worth of bitcoin, which has declined nearly 30% in price from $69,000 in early November to $48,400 at the time of writing. As the market became afraid, the corporation became greedy based on long-term thinking based on the fundamentals of Bitcoin, which Saylor equates to “digital property.”

MicroStrategy bought around 290 BTC per day over the 29-day price decline, totaling nearly $7 million in daily bitcoin transactions. MicroStrategy currently holds roughly $500 million worth of Bitcoin, which has dropped nearly 30percent in price since early November, from $69,000 to $48,400 at the time of writing.

As the market became afraid, the corporation became greedy based on long-term thinking based on the fundamentals of Bitcoin, which Saylor equates to “digital property.” During the 29-day price drop, MicroStrategy purchased about 290 BTC every day, amounting to nearly $7 million in daily Bitcoin purchases.

Also read: High inflation wipes out $380 billion in Bitcoin in a month