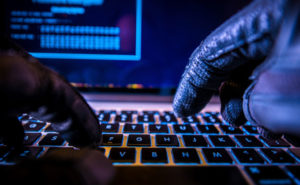 After receiving a complaint from Russian security firm Dr.Web that the apps had an overly aggressive monetization library that was collecting considerable data from users’ devices, Chinese smartphone vendor Huawei has temporarily deleted 190 Android games from its official AppGallery app store.
Huawei said it is currently working with app developers to see if data harvesting is happening behind their backs and to discover other monetization libraries.

According to download statistics on the AppGallery store, over 9.3 million users have installed one of these 190 Android games. “Some of these games are aimed at Russian-speaking users, including localization, titles, and descriptions in Russian. Others are aimed at Chinese or worldwide audiences, according to a report released last week by Dr.Web. Since March of this year, the business has been tracking this threat using the Cynos malware definition.
According to the company’s analysis, the malicious Cynos library was seen collecting a lot of data from devices where its parent apps were installed, including:
· Phone numbers
· Geo-location data
· WiFi network details
· Mobile network parameters and identifiers
· Phone hardware and software specs
“A mobile phone number leak may appear to be a minor issue at first glance. Yet, in actuality, it can cause considerable harm to users, particularly given that youngsters are the primary target audience for the games,” Dr.Web researchers explained. While the games have been removed from the official app store, they remain loaded on customers’ devices and must be uninstalled manually. While most security professionals focus on Android malware strains that behave like spyware, the reality is that the majority of Android threats are focused on broad data collecting and ad fraud. This may not mislead users, but it does defraud advertisers and indirectly fosters the underground data trading market, where user information is frequently assembled and sold without their permission.