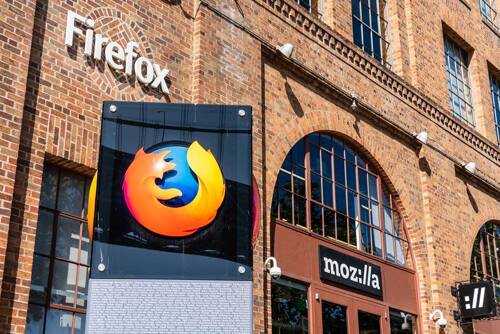 Mozilla stops accepting cryptocurrency, Wikipedia might be next in line

It seems like Mozilla is waving a red flag in the direction of cryptocurrency donations after Mozilla co-founder Jamie Zawinski expressed his opposition through a tweet. Mozilla was quite optimistic in the beginning about accepting cryptocurrency donations. However, the unexpected backlash it received from one of its own founders was quite baffling, following which the decision was put on hold. The strong criticism from Zawinski came taking into regard the adverse impact on the environment caused by crypto, in addition to the lack of credibility. And now Mozilla has finally decided to stop accepting crypto donations. The next pressing question is whether others will also follow suit.

On New Year’s Eve, Mozilla Foundation was quite optimistic and enthusiastic about announcing via Twitter its decision to accept crypto donations. However instead of the anticipated applause and appreciation, what it received was a strong backlash, that too from one of its founders. The unexpected blow culminated in Mozilla putting a pause on crypto donations.

Jamie Zawinski has been highly critical of crypto and blockchain since the beginning. For as long back as 2013, he has been talking about the negative impacts of crypto through his blog. And now he is rather happy about the role he played in stopping Mozilla from what he considers a wrong step.

“Anyone involved in cryptocurrency in any way is either a grifter or a mark. It is 100 percent a con. There is no legitimacy.” These words of Zawinski reflect the level of discontent he has for crypto and the reasons he states for the same cannot be completely overruled. And it seems like there are others who share the same viewpoint concerning crypto and blockchain technology. Right after Mozilla decided to stop accepting crypto, the Wikipedia editor issued a request to Wikipedia to stop accepting crypto. Perhaps Wikipedia might be next in line to shut doors on the face of crypto.

Crypto has been in the spotlight for quite some time now with its popularity rising at an exponential rate. However, now it seems like it is facing strong headwinds owing to its massive energy consumption and the resultant impact on the environment. Perhaps it is time for crypto enthusiasts and supporters to weigh the advantages and disadvantages. Because gains and profits at the cost of our future aren’t desirable. In fact, Mozilla isn’t the first organization to shut doors on crypto owing to environmental concerns. Tesla had done the same in 2021. Perhaps these organizations are setting a pattern to be followed. Whether those in power will actually follow suit remains to be seen.