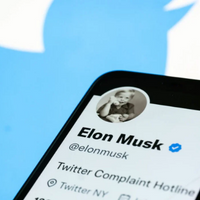 On Wednesday, new Chief Twit and billionaire Elon Musk gave reassurance to big firms that advertise on Twitter that his chaotic acquisition of the social media platform won’t cause harm or loss to their brands, admitting that some “dumb things” might happen during his way experiments to create what he calls will be a better and user friendly experience.

The latest unpredictable move on the minds of the majority of big advertisers from whom the company extracts exorbitant revenues, were wary of Musk’s decision to abolish a new “official” label on verified Twitter accounts just hours after introducing it.

The social media platform began to add the gray labels to some prominent accounts Wednesday onwards, including major companies like Coca-Cola, Nike and Apple, to indicate that they are verified. A few hours later, the labels started vanishing.

“Apart from being an aesthetic nightmare when looking at the Twitter feed, it was another way of creating a two-class system,” the billionaire-investor SpaceX CEO told advertisers in a conversation that was broadcasted live on Twitter. He further added, “It wasn’t addressing the core problem.”

These comments from Musk were his most outgoing remarks about Twitter’s future since he acquired the company in a $44 billion deal late last month.

The circulation hours earlier of the “official” labels seemed to be whimsical, with some big politicians, news groups and well-known celebrities getting the label and others not. Musk came forth to acknowledge the chaotic situation and took responsibility of his role as “Twitter Complaint Hotline Operator” as he called users to send their complaints to the company.

Media groups like The Associated Press, The New York Times, The Washington Post and The Wall Street Journal received an official verification, alongside most major corporate brands. And then they disappeared. Prior to their disappearance, the labels were causing chaos. For example, Twitter users in London could see an “official” label attached to a BBC News account, but the label didn’t appear for users in the United States.

YouTube personality and renowned author John Green comically  boasted that he got the label, but his younger brother and “vlogging” partner Hank Green didn’t get one. But then his label was gone, too. Another popular YouTuber, Marques Brownlee, who posts videos on technology, tweeted that he got the label, but later he tweeted again that it disappeared, which brought it to the attention of Musk himself.

In his response, Musk tweeted, “I just killed it,”, though it’s still not sure if he was referring particularly to Brownlee’s label or this entire project.

Twitter’s current system of using “blue checks” confirming an account’s authenticity will soon disappear for those who don’t pay a monthly subscription fee. The checkmarks will soon be available for anyone willing to pay a $7.99-a-month subscription, which will also include some additional features, such as lesser ads and preference over non subscribers.