Elon Musk has returned to tweeting about cryptocurrencies, this time speculating on their value. This time, the Tesla CEO talked about his new Shiba Inu puppy on Twitter. 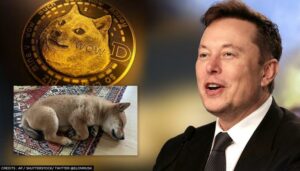 When a Twitter follower requested if Musk might tweet photos of Floki with his second beloved dog, Marvin, the Tesla CEO responded that the two dogs are not yet pals.

According to Coin Market Cap, Shiba Floki has risen 958.09 per cent in the last 24 hours at the time of writing.

According to CoinMarketCap, cryptocurrency Shiba Floki prices have risen about 1,000%, with the rapid increase matching with Musk’s tweet, and has been the largest gainer $0.0000000534, being the latest crypto that is a descendent of meme parent Dogecoin. Another cryptocurrency, Floki Inu, has increased by 60%, while Floki Shiba has increased by 25%. Musk’s tweet also resulted in a 250 per cent increase in the price of the Floki coin.

This isn’t the first time Musk’s tweet has boosted the value of Floki coins. Shiba Inu saw a 16 per cent increase in price when he announced that his next pet would be named Floki in August when it reached $0.00000790.

Shiba Inu is an experiment in decentralised spontaneous community creation, according to its website. It was founded in August 2020 and goes by the moniker “DOGECOIN KILLER”. It is a play on the more well-known meme currency Dogecoin.

By market capitalization, Shiba Inu is the 28th most valuable cryptocurrency. In May, Ethereum founder Vitalik Buterin contributed 50 trillion tokens to a crypto-based COVID-19 relief fund for India. It was valued at roughly $1 billion at the time. And then burnt 90 per cent of his shares just days later.