Netflix finally rolls out the “Shuffle Play”/ “Play Something” feature 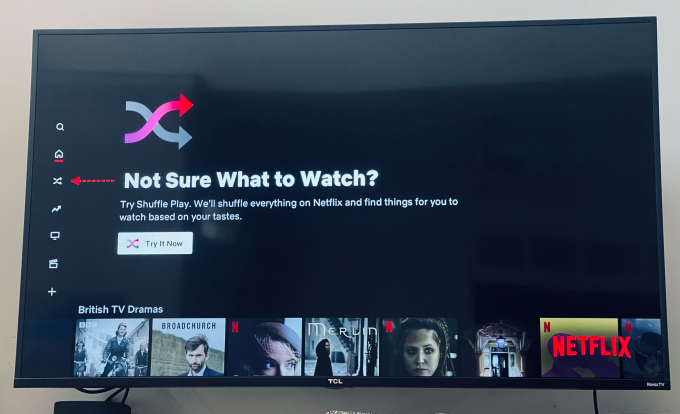 Netflix is one of the most popular OTT platforms in the world and there are many reasons for that. The database of T.V Shows, Movies and Documentaries that Netflix has created over the years is phenomenal and as far as my knowledge goes, Netflix is mostly popular for its “Netflix Originals” that stream only on the platform.

But, have you ever found yourself just scrolling through thousands of these shows and movies, deciding on what to watch next? If you have not experienced it already which I’m sure you must have, let me tell you that it is not an easy task. People tend to get very indecisive on selecting what to watch on Netflix unless they already have some recommendations in mind.

Netflix knows about this nightly dilemma and it continuously keeps on changing its algorithm to offer you a more precise recommendation based on your watch history. Tuning its algorithm to solve the issue is just a tiny bit helpful and once, as mentioned in a report by Engadget, Netflix also had a ‘fun bot’ that used to give suggestions based on your mood and personal interest. For Instance, if I set the mood as happy and interest as Science Fiction, Netflix would recommend me shows and movies based on these two tags. It was fun!

However, Netflix has recently announced to take full control of random suggestions by introducing a brand-new feature called “Play Something”.

Play Something button is readily available right under your profile picture on the Netflix application or on the navigation menu or on the tenth row on the homepage when you just keep scrolling and scrolling, killing time to find something you would want to watch.

According to multiple sources, when you click on the button, Netflix will take it from there and recommend shows, movies and documentaries from its selections that it thinks you will like and stick to. The Play Something feature can play anything random from its selections, a movie or a show that you’re already watching, something related to your likes and dislikes, something from your list or even show you something that you started a while ago and did not finish. Netflix takes the mantle and shows you what you maybe would like to watch.

According to a report by Engadget, Play Something is only available on Netflix for TV Devices till now and soon will be launched for mobile application as well.

To your surprise, Netflix has been running tests for this feature under the name “Shuffle Play” which we have previously heard about.

Well, you then click on “Play Something Else”, wasn’t it obvious?