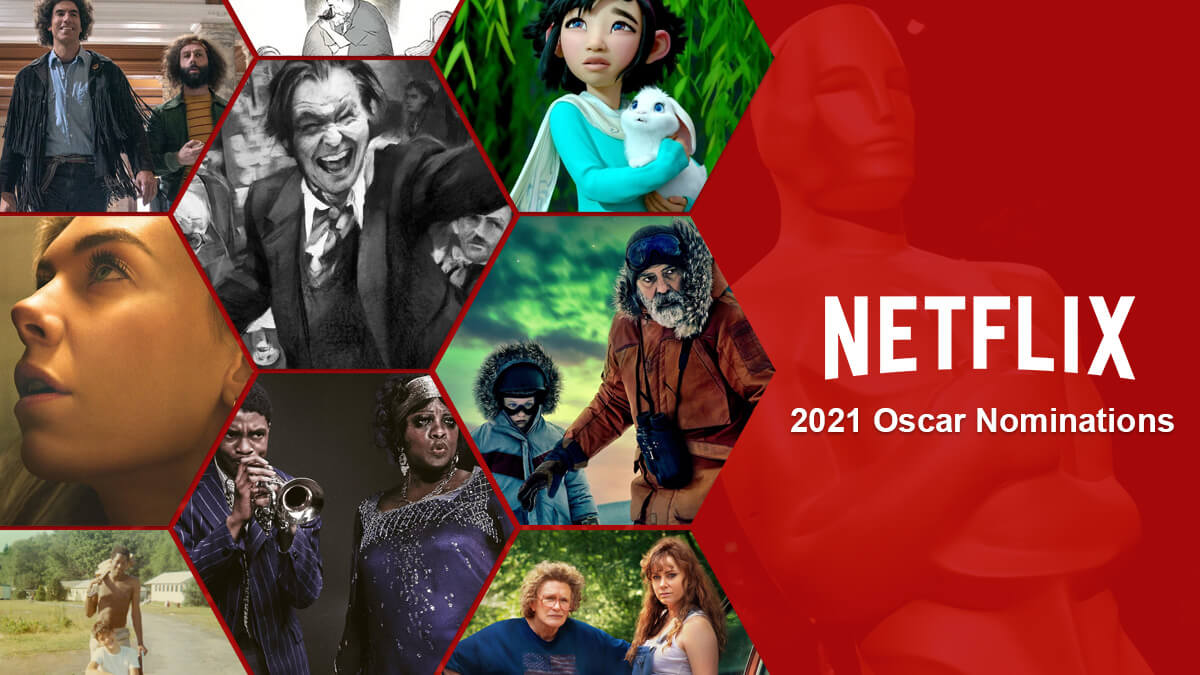 Netflix is one of the most popular streaming platforms for entertainment and movies but what are some of the best performances and stories to have won an Oscar? Well, the list is long but recently, the highest form of validation in the entertainment show business is the Academy Awards- Oscars and this year, Netflix has managed to grab 7 of those trophies.

You can call it the best night ever for your favourite Netflix because, at the 93rd Academy Awards of 2021, it won 7 Oscars out of 31 nominations. All studio productions “Mank” and “Ma Rainey’s Black Bottom”, both won not one but two Oscars for their brilliance on screen.

However, the saddest part for Netflix during the Academy Awards evening was that it lost to Disney’s “Nomadland” for the best picture, shutting the streamer down from acting awards.

As mentioned in multiple reports, Netflix also received the best documentary feature award for “My Octopus Teacher”. The firm was released back in 2020 and is directed by James Reed and Pippa Ehrlich. Reviewing the masterpiece “My Octopus Teacher” has managed to get phenomenal reviews from all around the world and for your information, this piece of content also bagged its Best Feature Documentary at the British Academy Film Awards.

Anyhow, the biggest regret for Netflix will be losing to Disney’s “Nomadland” where it was looking forward to winning the Best Actor Oscar for Late Chadwick Boseman’s stunning performance in “Ma Rainey’s Black Bottom”. The winner for the category was Anthony Hopkins for his performance in Sony picture’s “The Father”.

Netflix also took home the Academy Awards for the best animated short for “If Anything Happens, I Love You”.  And the best live-action short for “Two Distant Strangers”.

This was certainly an entertaining event at the 93rd Academy Awards which was held at the Dolby Theatre and Union Station. According to a report, the event took place two months after being originally planned because of the ongoing COVID-19 situation. The nominations for the 93rd Academy Awards were also announced back in March. The entertainment industry has served a great hit of huge losses to the show business because of COVID-19 with the theatres being closed.

Anyhow, it was a big night for Netflix and congratulations on winning 7 Oscars of 3 nominations.