The famous over the top content platform; Netflix, is in the markets with its new plan costing Rs 299. It is a test to offer the subscribed services at a reduced price. It is the most costliest platform and is quite a preferable streaming space offering good web series and shows.

The plan is popularly known as Mobile + plan.

The platform attempts to provide its subscribers the requisite streaming service in High Definition (HD) quality having 720 pixels. It can be used by both mobile & computer but the access can be made only through one particular device. It will be finalized when the customers are ready to pay for it in the long term. Right now; the service is only for selected users.

The last 199 plan only offered a standard definition video streaming service that can be utilized for a month. The 349 plan was introduced last year but due to a slow response; they were not finalized and the company tried to compress those same features in a lesser amount.

The plan eventually comes in a mid-way between all the given & current plans of the platform. The plans currently in the market are:

The 199 plan was accessible only through phone and tablets. The standard plan allows TV too the list also. But, the 299 plan makes a way for phone, tablet and computer. The video quality offered is 1080p which is similar to the standard stream. 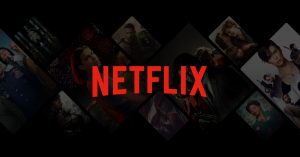 So the question is why a new plan is required when the things were quite stable?

The answer is very simple; that the eyes are still on winning the war that it going to be more intensified in the coming year. The lockdown made it quite clear that the stream will definitely raise its standards to tap its markets.

The studies suggest some astonishing facts that can be a basis for such strong decisions :

India has been a promising market whether it has been from the point of smartphone, gaming or online streaming. The response enjoyed by Netflix during the lockdown was just a part of what it can if it takes its strategic calculations to the next level.So; the effort to make a generous amount of revenue from this market is not a big deal.Netflix had the most costliest plans as compared to its competitors underlining the fact that it will be difficult to tap a lot of resources from the $ 4 billion market.

Marketing is the key to sustain in the competition and in order to excel; a penetration move is needed urgently. Luckily; the Netflix has understood the strategic turning point. Now let’s wait for the response. If its successful ; then the intensification cannot be avoided.