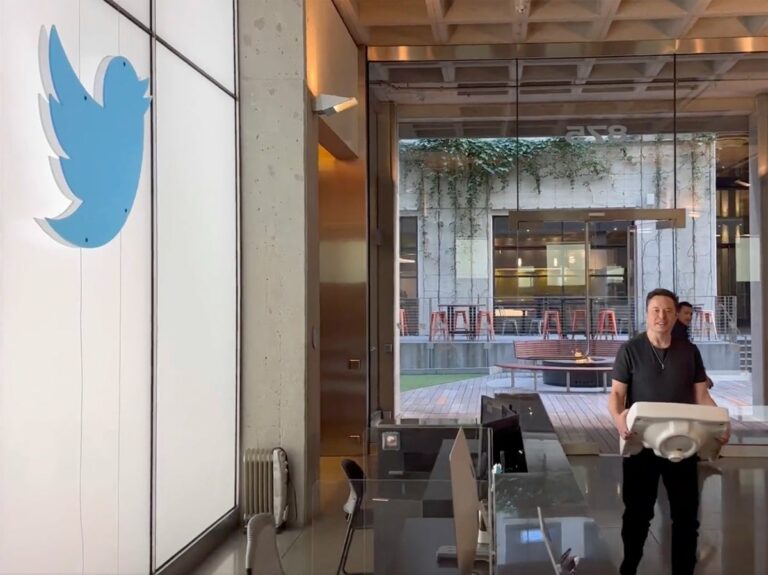 Elon Musk bought Twitter and made big changes as he became the owner and CEO of the company. As the new boss of Twitter arrives in the company, Elon did not stop only on Twitter staff but also brought his team with him. This made Twitter workers brand his team with the name “Elon’s goons”.

Twitter staff are finding it hard to trust Musk and his new team. According to a report from CNBC, Twitter staff have stopped their company’s slack channel to talk about work problems.

According to another report from CNBC, Elon told the employees to work 12-hour shifts and a whole week without any holidays to meet the aggressive deadlines for his new company.

Mr. Musk additionally introduced 50 engineers and product experts from his different corporations, together with Tesla, SpaceX, Neurolink, and The Boring Company to oversee adjustments on the firm, the newspaper reported.

The billionaire has already circulated the rumour of Twitter verified blue tick that would be charged $20. It has received worldwide criticism and memes.

After looking at the tweet Elon musk mentioned twitter will charge $20 per month Horror author tweeted back that he will leave the platform if charging comes to Twitter by writing “F*** that, they should pay me.”

Many people tweeted their reactions when they heard of the news. Elon Musk has been responding to every mixed reaction of the public. He even replied to the author by saying that the company has to pay its bills as well.

“We need to pay the bills somehow! Twitter cannot rely entirely on advertisers,” he tweeted.

When one Twitter user indicated that Mr. King was rich enough to pay for it, he replied, “It ain’t the money, it’s the principal of the thing.”

Shortly afterwards Mr Musk tweeted that he had indeed decided on $8 a month for blue ticks, with several other elements.

He tweeted: “Twitter’s current lords & peasants system for who has or doesn’t have a blue checkmark is bulls***. Power to the people! Blue for $8/month. Price adjusted by country proportionate to purchasing power parity. You will also get: – Priority in replies, mentions & search, which is essential to defeat spam/scam – Ability to post long video & audio – Half as many ads. This will also give Twitter a revenue stream to reward content creators.”