2021 was a fantastic year for NFL fans. After the 2020 season was cut short due to low attendance, stadiums reopened to full capacity. The stadium parking lots were once again buzzing with tailgaters eager to share their barbequed togetherness.  In 2021, seven NFL players agreed to be paid in cryptocurrency or have their cash pay partially converted to cryptocurrency. These players have taken advantage of the return of the regular season as well as Bitcoin’s increasing profitability. 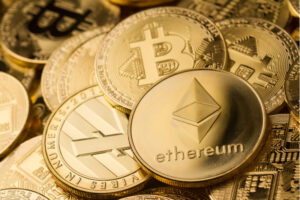 Bitcoin (BTC) investors had a terrific year in 2021, as the largest cryptocurrency by market capitalization hit all-time high prices many times, eventually peaking at $69,000 in early November. As a result, there has been a significant surge in media coverage on Bitcoin.

NFL players agreed to be paid in cryptocurrency

Aaron Rodgers
In a video posted on Twitter on Nov. 1, the reigning NFL MVP 2020 stated that he was collaborating with Cash App to collect a portion of his paycheck in Bitcoin. Rodgers is expected to earn $22.3 million this year.

Rodgers was dressed as John Wick for a Halloween party in the video. As if that wasn’t bizarre enough, Rodgers then told viewers that he would donate $1 million in BTC, which he did on purpose.

In Rodgers’ case, a portion of his pay will be transferred to his Cash App account, which he will use to purchase BTC.

The star quarterback for the Green Bay Packers has a picture of himself on the field during a game with the distinctive laser eyes on his Twitter profile, further indicating his support for BTC.

Tom Brady
Tom Brady is another well-known NFL quarterback who experimented with cryptocurrency in 2021. Brady has not stated whether the NFL pays him in Bitcoin, but he will be compensated in cryptocurrency by the FTX exchange after taking an equity investment in Sam Bankman-exchange Fried’s and serving as a brand ambassador.

Brady, on the other hand, isn’t just interested in crypto assets. In April, the legendary footballer announced the establishment of his own NFT platform, Autograph, to recruit the best talent in sports, entertainment, fashion, and pop culture.

Brady and crypto’s story doesn’t finish there, though. Late in October, Brady threw his 600th career passing touchdown, tying an NFL record and cementing Brady’s status as the league’s all-time top touchdown thrower. Brady gave 1 BTC to the supporter who received the ball from the receiver who scored the touchdown.

According to Goldin Auctions, a sports memorabilia auction website, the BTC was worth roughly $62,000 at the time of the game, but the ball itself might be worth over $500,000.

Odell Beckham Jr
Odell Beckham Jr. (OBJ) announced late in November that he had teamed with Cash App to earn his NFL paycheck in BTC, following in the footsteps of Aaron Rodgers. The NFL is expected to pay him almost $4.25 million this season, according to his contract.

As part of his new relationship with Cash App, the Los Angeles Rams wide receiver promised fans that he will return $1 million in BTC to fans. Beckham’s Twitter page features a Crypto Punk NFT, indicating that he is no stranger to the crypto and NFT movement.

Saquon Barkley
Saquon Barkley, the New York Giants’ standout running back, said in July that he was converting all of his sponsorship money to BTC. Barkley, like the majority of the players on this list, is not paid in cryptocurrency. He is instead exchanging some of his cash earnings for cryptocurrency.

To get his BTC, Barkley uses the Strike payment app. However, he isn’t the first NFL player to use Strike to purchase BTC with his salary. Russel Okung, a former NFL offensive lineman, was the first player to publicly announce that he was utilizing Strike to convert his NFL salary to BTC last year.

Aaron Jones
Aaron Jones of the Green Bay Packers is the last but not least NFL player to earn cryptocurrency. In September, the running back struck an agreement with FTX to become an ambassador for the exchange. Jones obtained an equity position in the exchange, similar to Tom Brady’s agreement.

Jones will also integrate the FTX Pay technology into his own charity’s website so that crypto payments can be accepted.

Trevor Lawrence
The new star quarterback of the Carolina Panthers has joined the list of NFL athletes who openly accept cryptocurrency payments. Lawrence’s contract, on the other hand, is not with the NFL. The crypto payment for the 2021 NFL top draught pick comes from an endorsement arrangement with the crypto portfolio app FTX (formerly Blockfolio).

I fully believe Bitcoin is the future of finance and I wanted to prove that I have real skin in the game — not just trying to make a quick buck. I will be converting my entire 2021 NFL salary to #Bitcoin.