Nissan pledges to launch 58 EV models by 2030 to electrify The core of the company's production line will be shifting towards EVs.

Joining Nissan Leaf and Ariya in the path to electrify, Nissan pledges to launch 23 new electrified models and 15 new battery-powered vehicles by 2030. Automakers are continuing to push their EV goals as every company enters into making plans for EV production lines. Nissan is the most recent company to join the EV line in the auto industry. 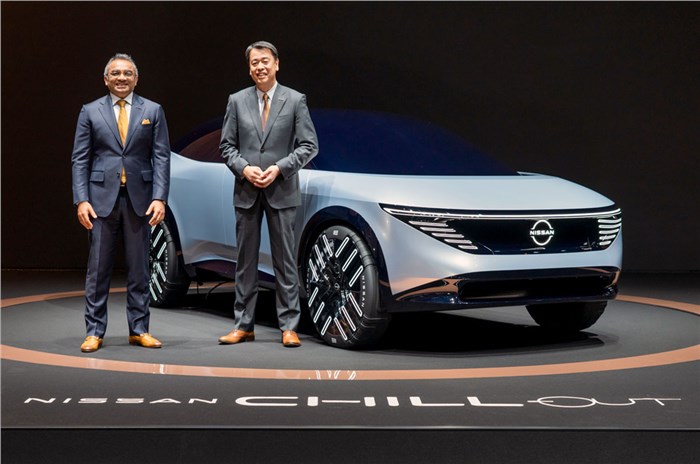 Nissan CEO Makoto Uchida said, “The role of companies to address societal needs is increasingly heightened. With Nissan Ambition 2030, we will drive the new age of electrification, advance technologies to reduce carbon footprint, and pursue new business opportunities,” Further added that they want Nissan to transform and become a sustainable company that is much needed in the society and by customers.

Notably, Nissan set for a more successful transition to EVs by specifying the details of its plans in various locations in the world. Not every location is ideal to launch, while some European countries like Norway are ahead of the times, and others like Russia have only hundreds of EVs sold in the past years. For Nissan, the areas of focus are Japan and Europe. This market holds the two highest goal EV sales concentration. Where Nissan plans to have 75% of sales in Europe by 2026. In Japan, with 55% and China with 40% sales. Also, Nissan said that it will reach 40% sales in the US by 2030.

Nissan COO Ashwani Gupta said, “We are proud of our long track record of innovation and of our role in delivering the EV revolution. With our new ambition, we continue to take the lead in accelerating the natural shift to EVs by creating customer pull through an attractive proposition by driving excitement, enabling adoption, and creating a cleaner world.”

Further Nissan talks about not adding more battery technology, not just electric vehicle models. Other aspects include infrastructure and accessibility which are often overlooked by automakers. As automakers are focusing on selling their products usually, the thriving of the product in the market was not much needed in the past. Now it is about user experience while using it too, so customers become brand ambassadors who would bring in more customers. Nissan stated that they plan to launch an all-solid-state battery plant in Yokohama, Japan by 2024. Using solid-state batteries reduces charging time by one-third and also reduces the costs to $75 per kWh by 2028. It would be cost-effective for both company and the customers by using affordable battery development.

Furthermore, Nissan plans to expand its ProPILOT technology to over 2.5 million vehicles by 2026. Along with INFINITI’s lineup, the company’s technology will be in its fleet. Also, they are working on a semi-autonomous driving system using LIDAR technology which will be in every model by the year 2030.