Ola Electric Head of Charging Network Quits Marking Another High-Level Exit His exit comes within days of the resignation of Ranjit Kondeshan who was deputed as Director of HR at Ola Electric.

It has not been a great couple of months for Ola’s subsidiary, Ola Electric. Now, their Senior Business Head of Charging Network at the company, Mr. Yashwant Kumar has stepped down from his role and has left the company.

This is very worrying, as over the past 60 days, over 30 high-level employees have decided to leave the company which does not bode well for them. His resignation comes just a few days after the head of human resources announced that he will also be leaving the company. 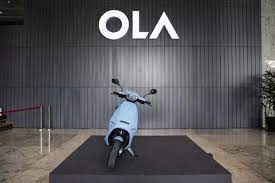 Mr. Kumar was employed by Ola over a year ago and prior to that, he was part of P & G’s marketing department for half a decade.

Just two months ago, the chief marketing officer of the company also quit.

Ola Electric was planning to file their papers to go public with a massive valuation soon. But with such a high-level and massive exodus, their value will definitely be going down sharply.

Prior to that, the chief technical officer of the company also decided to call it quits.

Ola Cars was shut down a few months ago and most of their employees were transferred to Ola Electric as they are aiming to have a strong foot in the electric vehicle market as early as possible.

However, Ola Electric, scooters have been in the news over the past few months for all the wrong reasons. Their scooters have made the headlines in multiple occasions as they have caught fire after they were purchased. One user also said that his scooter malfunctioned and sped up during their travel throwing him of the scooter as they flew over a speed breaker.

According to many sources, the company’s after sale services have also been quite sub par, with one customer from Tamil Nadu lighting the scooter on fire in the middle of the highway as they asked him to wait for hours until the evening so that a specialist can be sent to his location after it broke down and did not switch back on.

With faulty issues, global supply chain problems causing them not able to fulfil orders on time, and a general confidence on electric scooters going down by the day, it seems like the difficult days are going to be going on for a long time.

It seems like difficult times lie ahead for the company, especially now that they are without many of their top brass.