With the introduction of the electric scooter Ola Electric, the gigantic push into electric vehicles will start off and the launch is closer than ever. Bhavish Aggarwal, Ola Group, co-founder and CEO, recently tweeted a picture of the company’s massive Futurefactory, Phase 1 Construction is almost complete. In the near future, the production phase will begin at the factory located near Krishnagiri District, Tamil Nadu, and manufacture the much-anticipated Ola Electric Scooter for India and the whole world.

Aggarwal said in a tweet, “In just 4 months, this place has transformed from acres of empty rock land to the world’s largest 2W factory. The Ola Futurefactory phase 1 is nearing completion! The scooters are coming soon! Great work by team @OlaElectric.” 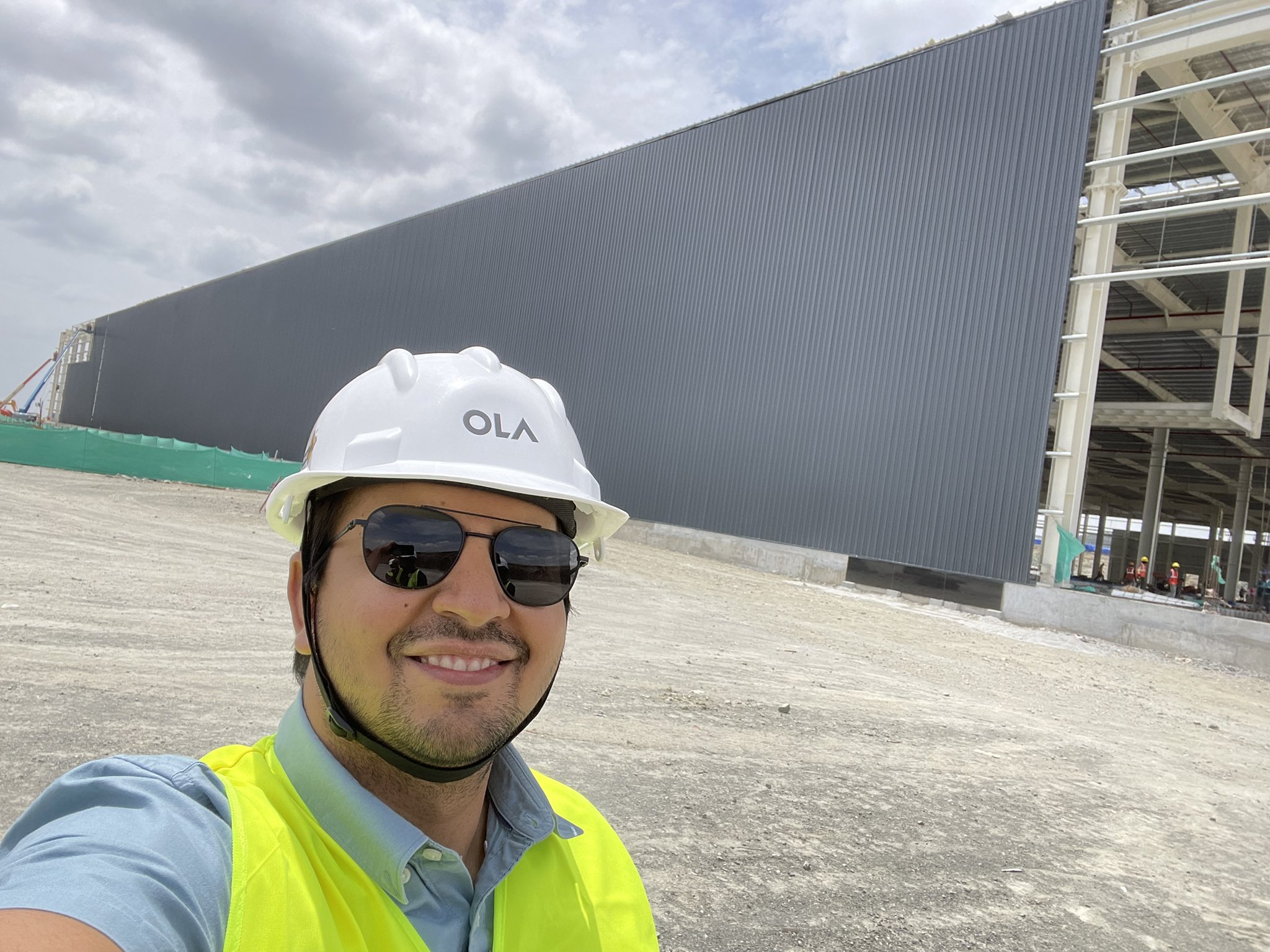 The world’s largest two-wheeler manufacturing facility, once completed, will comprise 500 acres of land and handle everything from battery manufacturing to welding, general assembly, painting, and testing. The factory will reach customers not only in India, but also in Europe, Asia, Latin America, and other parts of the world. In the next months, the company plans to release the first of its highly awaited electric scooters.

With an investment of almost Rs 2400 crore, Ola’s massive Futurefactory is being constructed. The plant will initially employ around 2000 workers with the capacity to expand to 10,000 once fully functional. The construction of the facility is expected to take approximately 10 million man-hours. The fully operational factory will have 10 General Assembly units and will fulfill Industry 4.0 standards.

While Ola has yet to reveal the price and features of its e-scooter, the company has announced that it is working on building a “Hypercharger Network” that will contain one lakh charging outlets in 400 cities across India.

The Ola electric scooter, which will have mobility between 100-150 kilometers on a single charge. The scooter’s fast charger is designed to charge up to 50% in 18 minutes, providing a range of 75 kilometers. The scooter’s overall design seems simplistic in render images. A unique twin headlight cluster will be encircled by LED DRLs on the scooter as well. It will also feature a replaceable battery, cloud connectivity, and other features, which would be priced aggressively thanks to the company’s massive production scale.

The vehicle is expected to compete in the segment against the Bajaj Chetak, Ather 450X, TVS iQube, among others. It will also compete with the Hero MotoCorp and Gogoro partnership’s upcoming electric vehicle. The prices will probably be around to − 1 lakh (ex-showroom).