Carl Pei the co-founder of OnePlus has responded to a tweet that asked about the favorite messaging app of the users saying that he likes better the iMessage app. 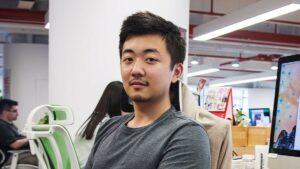 Pei’s statement about iMessage was a reply to the question posted on Twitter by Android police asking people which is their favorite messaging app. The question was asked as to make a choice among apps like Telegram, WhatsApp, Viber, etc in fact, the picture posted along with the tweet did not have the logo iMessage.

The response of the founder of Nothing left users surprised and many of them asked him about it to which he replied to make it more comprehensible.http://

A Twitter user responding to Carl’s reply told him that he will be releasing a Smartphone next month with an android operating system (the first phone of Carl’s newly formed “Nothing”). Carl gave a very sincere reply to this saying that launching an android phone doesn’t mean he can not appreciate the products or software which are worth admiring. According to him iMessage has a great UX and is a thrill to be used.

The user also questioned whether his phone (1) is coming up with a unique messaging app.

A Twitter questioned Pei’s perspective saying why would anyone buy his upcoming smartphone over iPhone if he is praising a standard product of iPhones. While some said that Pei is not confident about his upcoming phone which has been advertising for the past few months saying that it would give a tough competition to iPhones. According to them, his underconfidence is evident as he is publicly applauding a product of his rival company.

Apple’s iMessage is a default messaging app of the iPhones. It has features similar to that of WhatsApp where people can communicate with each other via texts or share media files easily and also create groups. However, iMessage comes with a unique feature of intuitive animation as the company’s effort to make messaging more lively.