All Taxi Services Now In One App With OyeTaxi ! 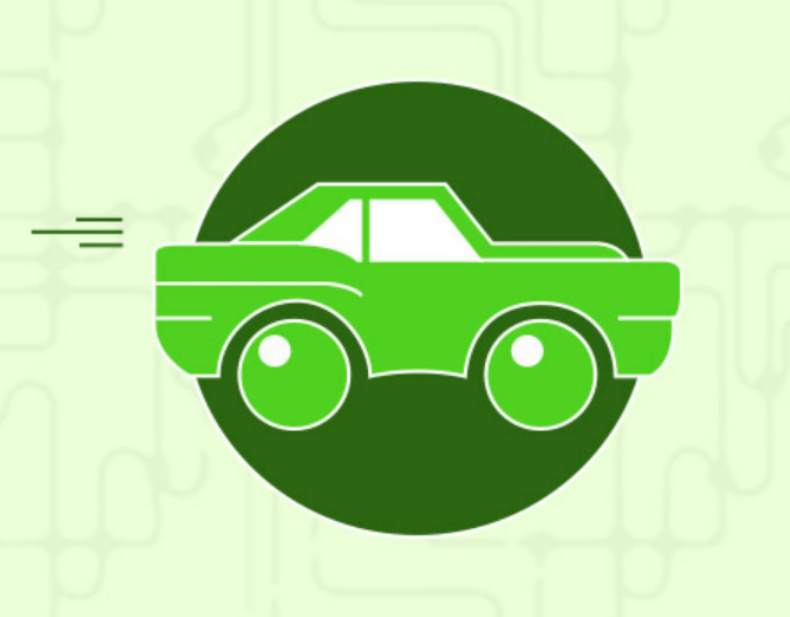 OyeTaxi is a taxi aggregator app that compares the ETA, availability and fares of different cab providers to present best available options to users. Once the user selects an option, they navigate the user to  desired taxi app.

Indian cab market is a $9 billion market with a growth rate of 17%-20%. 88% of this market is still un organized and is being eyed by the big players like Uber and Ola. We have come across so many taxi services and their bespoke apps to reach them. The multi billion dollar Indian cab market is currently in an overcrowded state. While hiring a cab, what we do is select any one of taxi service apps (from a huge list of available apps) in our mobile phone and book after searching for a suitable offer. In case, there is no immediate cab available or the price is too high in the selected app, we naturally move on to the next one. This is a tiresome process, as different services have different tariffs, ETA, etc. Thus, there is a need for an aggregator that saves times and money for the customer. Now just imagine what would happen, if all you need is just one app to book a cab from all the available services (feels like the ‘Lord of the Rings’ right?). No more waiting for such an app (and no more waiting for cabs too), it’s already available!

OyeTaxi is an app launched on 12th July, 2015 that aggregates different taxi apps like Ola, Uber, TaxiForSure, Meru etc in one app. It compares the ETA, availability and fares of different cab providers. Once the user selects an option, they are navigated to the desired taxi app. 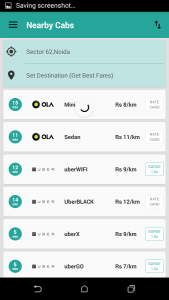 OyeTaxi is one of the early movers in this segment and simplicity along with the ease of use of the app makes them stand out amongst others. This has also helped them to partner with the forerunners in the taxi industry for example, Ola is not their competitor, but a partner for them as they recently established a partnership with Ola.

“Our vision is to solve real life problems. We go by the thought that if there is an idea that’s worth it, then it deserves to be out there in the market. Our ideas motivate us.”

True to their words, the founders of OyeTaxi solved a critical issue faced by most of us. They happened to take up this project when one of the founders Karan who was doing his MBA at ISB, Hyderabad then (before finding OyeTaxi he was an acting tech lead in the mobile app for a leading Internet firm) was going for a party with his friends; he wanted to go for the quickest and cheapest option available. He saw surge pricing in one of the apps and tried to book another, didn’t get that one as well, got frustrated navigating from Uber to Ola to TFS to Meru etc. and ended up nowhere. So Karan came up with an idea to aggregate all of these taxi apps. 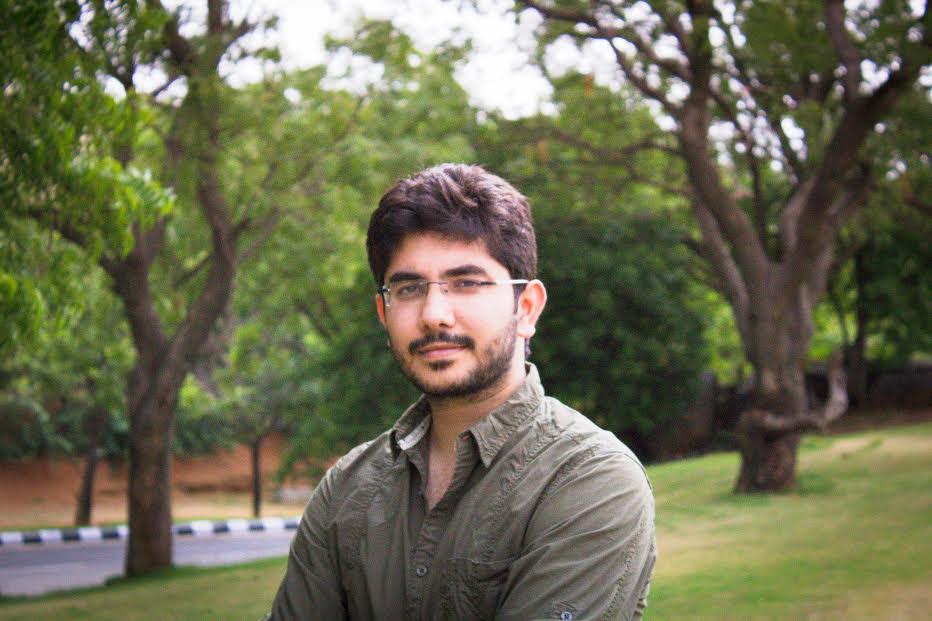 He then partnered with his friend Vipul, B. Tech from IIIT Allahabad to develop the basic product. Then they teamed up with the tech champs with vast experience in the internet domain, Anuj, B. Tech from NIT Jaipur and Nitesh, B.E. from BVP, Delhi. The motivated team then, took everything to the next level and made the app live in less than two weeks. 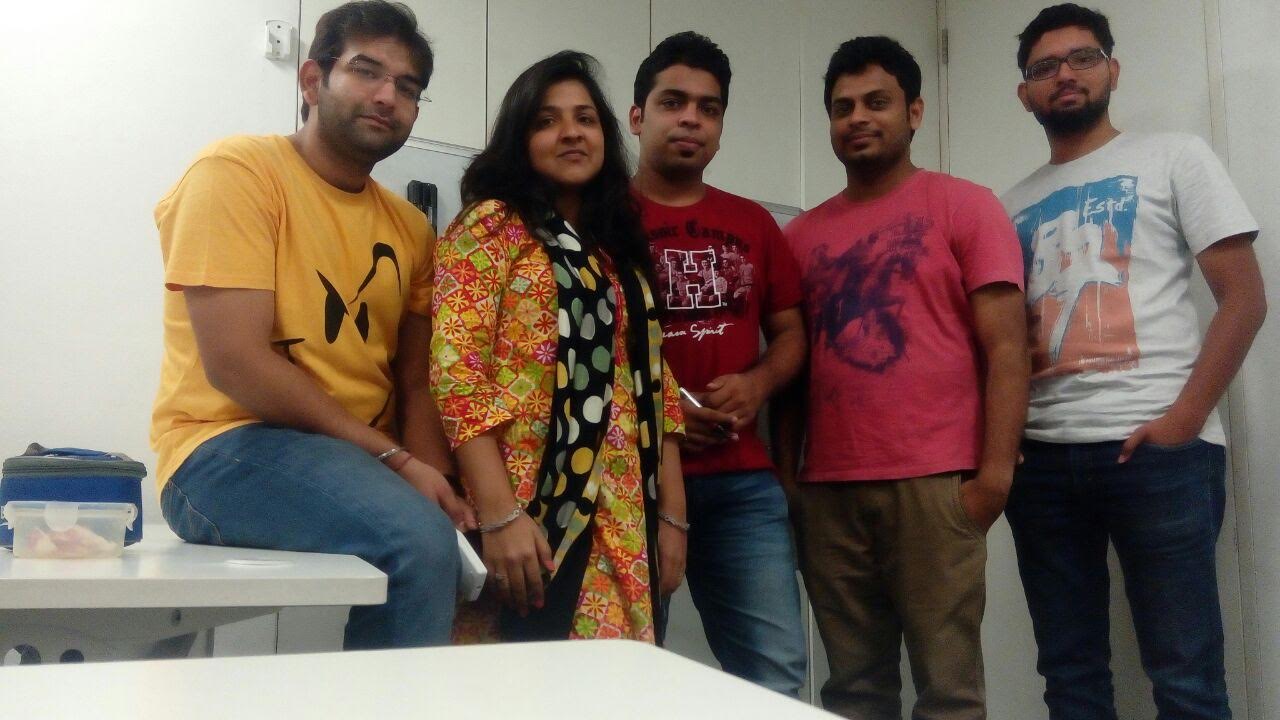 Currently they are a team of 4. OyeTaxi is present in every city that has taxi service providers. Currently their aim is to help the user make a smarter choice and profitable revenue model is still a distant goal.

When it comes to aggregating different companies, getting the taxi service providers on board was one of the initial challenges that they faced. You need to ensure that all the services are easily integrated in a single service. Also creating a seamless design that solves the purpose for the user was a major issue. They went through a number of design options, even looked at a map view option, but though a map view seems jazzy it isn’t as useful as it sounds.

They plan to add a number of features on the app most important being to have the bookings done in the app itself, so that it is a complete product for the user. On questioning them about the funding required, they give you a very honest answer “Not right now, but who hates extra money?!” But who hates to invest in a user friendly app like this?

One thing they have learned through out their journey is that the most valuable asset of an entrepreneurial venture is THE TEAM. Products can be a success or a failure depending on a number of factors, most of them not even being in your control. But if you have a motivated cohesive team, you will eventually be successful.