Pallonji Mistry, Head Of Shapoorji Pallonji Group, Dies At 93 Pallonji Mistry had taken up Irish citizenship in 2003 after his marriage to Patsy Perin Dubash, an Irish national. 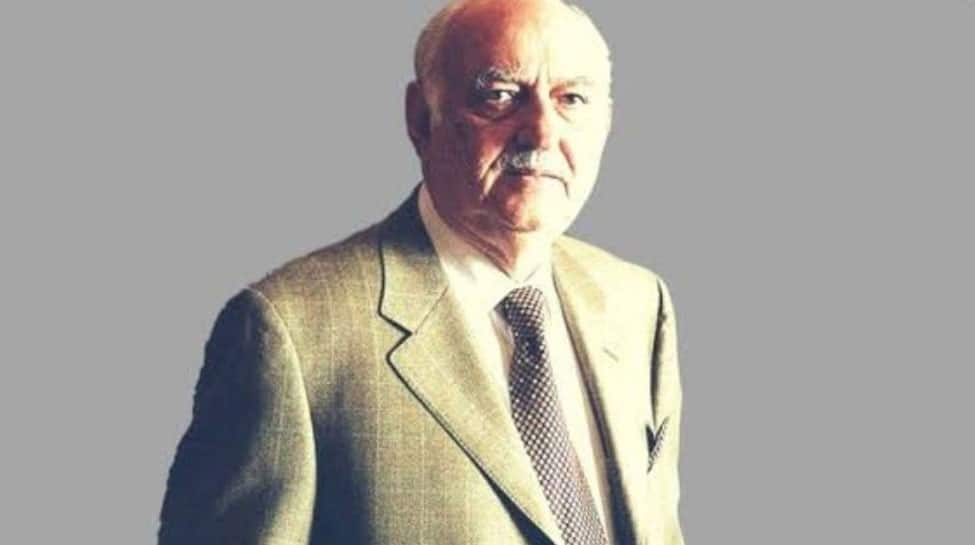 Pallonji Mistry, the man who built Mumbai’s iconic Taj Mahal Palace ahead of schedule and chairman of Shapoorji Pallonji group, passed away in Mumbai at his residence late last night. He was 93.

The business tycoon headed a conglomerate that is involved in engineering, construction, infrastructure, real estate, water, energy, and financial services and has an employee base of over 50,000 people across 50 nations.

Mistry, the largest individual shareholder in the Tata Group with an 18.4 percent holding in the conglomerate, was 93.

He died mid-sleep at his south Mumbai residence on the intervening night of Monday and Tuesday, the officials said.

Mistry accumulated a net worth of almost $29 billion, according to the Bloomberg Billionaires Index, making him one of the richest in India. Most of the family wealth was derived from being the largest minority shareholder in Tata Sons.

With an employee base of over 50,000 people, the group delivers end-to-end solutions across 50 nations, according to its website.

It has constructed some of Mumbai’s iconic services such as the Malabar Hill reservoir and buildings such as the Reserve Bank of India (RBI) building, the Bombay Stock Exchange (BSE) building, and Brabourne Stadium, among others.

Who is Pallonji Mistry

Born in 1929, Mistry attended Mumbai’s Cathedral & John Cannon School before heading to London’s Imperial College for higher education. After his graduation in civil engineering from England, Mistry returned to India and took over the business in 1954.

The SP Group had constructed some of Mumbai’s landmark buildings, including the buildings for the Hong Kong & Shanghai Bank, the Grindlays Bank, the Standard Chartered Bank, State Bank of India, and the Reserve Bank of India. But one of Mistry’s biggest projects was the Taj Hotel, notably constructed ahead of schedule and under budget.

Shapoor runs the Shapoorji Pallonji Group, while Cyrus served as Tata Group Chairman from 2012 to 2016; and Aloo is married to Ratan Tata’s half-brother Noel Tata.

Despite living in Mumbai, Mistry had taken up Irish citizenship in 2003 after his marriage to Patsy Perin Dubash, an Irish national. With his net worth of $28.9 billion, according to Bloomberg’s Billionaire Index, Mistry was one of the richest men on the planet and the richest Irish national. If counted through his place of residence, Mistry would have been one of the 10 richest billionaires in India.
Despite his immense wealth, Mistry had remained mostly reclusive and private. He was awarded the Padma Bhushan in 2016 for his contributions in the field of trade and industry.