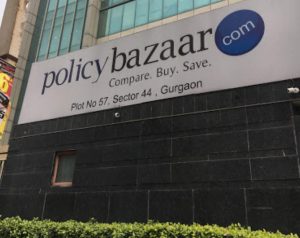 Policybazaar, the gurugram-based global financial technology company, raised $75M funding in a round led by Falcon Edge Capital to expand its business in UAE and Middle East.

The funding is a forerunner to the company’s IPO plans this year. As per media reports, the parent company of Policybazaar and Paisabazaar; PB Fintech Pvt Ltd,  will go public through a Rs.4000 crore share sale.

In a short span, the company has achieved numerous milestones, pre supposing a favorable growth trend. As per the press statement reports in January, the company made a significant breakthrough by insuring 10 lakh lives between April to December 2020. Four Lakh health insurance policies were sold by Policybazaar over theses nine months, amounting to total insured sum of Rs.7 lakh crore.

Founded in June 2008, by Yashish Dahiya, Alok Bansaal and Avaneesh Nirjar, the company has become the largest insurance aggregator in India. Over the years, it has expanded its operations to the United Arab Emirates.

Policybazaar provided the customers details of various insurance companies to choose from, especially at a time when Indian Insurance Industry lacked transparency. Since then it has been a major gamechanger, going on to become an insurance selling operation from a policy price comparison website.

According to a recent analysis report by Bernstein, 90 percent of the share in online distribution market is commanded by Policybazaar.  A long list of investors like the SoftBank, InfoEdge, Temasek, Tiger Global Management, True North, and Premji Invest stand as the company’s backbone of financial support, in addition to the investments from other family offices and PE funds.

The pandemic has proved to be a significant speed boost for the health insurance sector, clearing the ground of doubt regarding the importance of health insurance. COVID 19 highlighted the vulnerability of people to illnesses thereby changing the general assumption that falling seriously ill is a ‘low probability event’. The pandemic has broken down this haze by exhibiting absolute lack of partiality whether it be rich or poor.

‘I won’t fall sick’ or ‘I don’t need health insurance’ can no longer hold, particularly in a situation as critical as this, thereby underscoring the significance and validity of health insurances.

According to Sarabvir Singh, CEO of Policybazaar,

“We are going in the right direction. People have understood why they need to buy insurance. But we have realised that affordability is a huge issue, especially since the salaried class has been hurt during the pandemic. Insurance players need to do better so that the consumers can find it easier to purchase.”