Polygon and Hermez Network have merged in a $250 million deal

Polygon, an Ethereum-based “layer 2” network, is combining with roll-up platform Hermez Network in a 250 million MATIC (-5.46%) deal. Based on MATIC’s price on Aug. 4, when the agreement was struck, the acquisition was valued at around $250 million. Hermez will be entirely integrated with Polygon and given the new name “Polygon Hermez,” as well as its 26 employees who will join the Polygon team.

Hermez will be assimilated into the Polygon ecosystem as Polygon Hermez and will become a component of Polygon’s product line, which includes Polygon SDK and Polygon Avail. 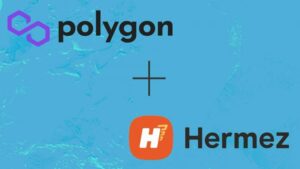 The entire Hermez project will be merged into Polygon’s platform, including its workers, technology, and native HEZ coin (which holders will be able to exchange at a rate of 3.5 MATIC: 1 HEZ).

Polygon’s acquisition of Hermez is the first comprehensive integration of two blockchain networks. Keep and NuCypher, two Ethereum projects, announced earlier this year that their protocols would be merged into a decentralized autonomous organization (DAO) called “Keanu,” but that their brands and businesses would remain independent. Yearn Finance also announces acquisitions and agreements on a regular basis, but it’s unclear what’s going on behind the scenes.

Polygon’s takeover of Hermez’s crew and protocol is a very different story. Hermez is a zero-knowledge (ZK) rollup, which means it verifies and settles transactions using mathematical proofs. Rollups have emerged as the preferred scaling strategy as Ethereum battles with transaction congestion. And Hermes, the only decentralized rollup, is a popular choice among users.

Polygon co-founder Mihailo Bjelic said, “We believe ZK cryptography to be the single most essential strategic resource for blockchain scaling and infrastructure development, and we have a clear objective of becoming the dominant force and contributor in this industry for years to come.”

“Because we are still in the early stages of our token supply distribution, we were able to collaborate with the majority of our token holders, and we are continuing along this route with their support. Our focus will remain on Ethereum scalability, as well as the development and adoption of the recently announced ZK-EVM,” Hermez announced.

You find this article informative then do share it with your friends and family!