Purple Style Labs Raises $10M in Latest Round of Funding The company is looking to expand in international markets with retail stores in New York and Dubai in the next 12-18 months.

Purple Style Labs which an e-commerce platform for luxury clothing and accessories announced that the company has received investments that amount to $ 10 million USD in their latest round of funding that closed on the 27th of June. It was a Round B of funding which was mainly contributed by Akash Bhansali who is the director of Enam Holdings which is a Mumbai based investment company that has been active for over 3 decades. 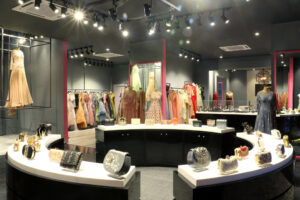 Acclaimed Bollywood actress, Madhuri Dixit also chipped in on investing in the company.

The company is currently looking to expand their operations within the cities they are already in, as well as enter new cities which have high potential for growth such as Chennai. The company is even looking to go global by opening up two stores, one in Dubai, UAE and the other one in New York City, USA within the next year and a half.

Madhuri Dixit, in a public statement said that the country is known for its strong culture and traditions which has always made its way into clothing and fashion. This very mindset has been perpetuated by Purple Style Labs and they redefining and revolutionizing the country’s luxury fashion sector.

She went on to say that the company’s design, the style, texture, fabric, and comfort have all left a very positive mark on her. They also know and understand how the market, especially for luxury products works and it won’t be too long until they capture the market and become a staple in the Indian luxury sector.

Purple Style Labs is a start-up company that sells luxury apparel directly to the consumer. The company started off as solely an e-commerce firm, but now even has retail stores in Delhi and Bombay. The company was established 7 years ago, back in 2015 and its head quarters is situated in Mumbai, Maharashtra. The company works along with various up and coming designers and acts as a platform for them to sell on and even assists them with sales, marketing, growth and so on.

The founder of the company said that, although Indian based fashion designers are able to create quality clothing and have great customer satisfaction, growing and scaling the business has always been difficult for them. There has been a gap in the luxury market in the country and that is exactly what Purple Style Labs are trying to fix so that designers can grow their business and make a viable living.T