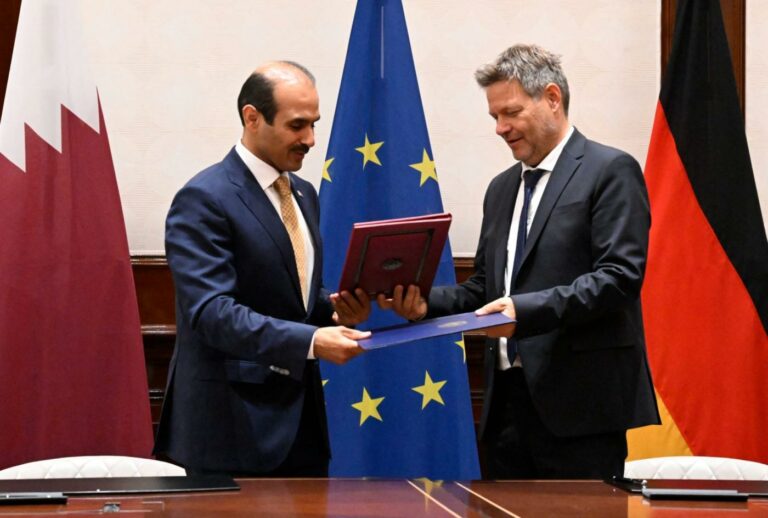 Qatar and Germany have reportedly signed 15 years deal that will ensure the shipment of Liquified Natural gas (LNG) from Doha to the largest economy in the European Union, Germany.

The deal which would take effect in 2026 is seen as a huge development by European states who are looking for ways to achieve energy security. Qatar which has large-scale natural gas deposits will send nearly 2 million tons of Liquified Natural gas (LNG) to Germany through the terminal at Brunsbuettel. The terminal which is still under construction will have two LNG tanks with a capacity of 165,000 cubic meters (cbm) each.

The production and supply of Liquified Natural gas through the Brunsbuettel terminal would be managed by Qatar Energy and ConocoPhillips. Qatar Energy is one of the largest natural gas producers in the world which is owned by the government of Qatar.

ConocoPhillips based in Houston, Texas is one of the largest oil and gas producers in Alaska. The company has a stake in an offshore natural gas field in the Persian Gulf which is shared between Qatar and the Islamic Republic of Iran.

Officials have so far not provided any details regarding the pricing of natural gas or the total value of the 15 years deal. The deal is also expected to increase the footprint of Qatar’s Natural gas in European countries which has so far been dominated by Russian oil and gas.

Natural gas is one of the most important energy commodities in European countries as it is used for heating homes, generating electricity, and keeping up Industries and business running. As the Russian oil and gas supply reduced significantly, energy prices skyrocketed in Europe and across the world. This caused a spike in prices of nearly all essential commodities which ended up in form of high inflation rates around the world.

Statistics suggest that Germany has not received any oil or gas from the Russian Federation since August end. European states are now scrambling to find alternative methods as the energy security of the countries is at risk.

Germany is building five new Liquified Natural gas terminals which will help the country in replacing the Russian gas supply with supply from other natural gas producers. As per news reports, One out of the five gas terminals will be commissioned soon by the German government. As of now, the majority of the gas supply from Germany is from Norway, Netherlands, and Belgium.