RBI to Release Code of Conduct for Digital Lending by July-end Users should now give their explicit consent, and only then can the companies collect their data and information.

The Reserve Bank of India, the apex financial institution of the country have apparently said that they will be releasing their code of conduct for digital lenders in the country by the end of the month.

This has not been confirmed yet however, and has been now reported by Mr. Ankur Mishra, a journalist for ET News, who are the first to come up with this new update. 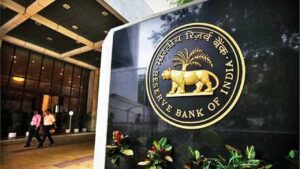 ET News have said that their exclusive source has told them that these new rules and regulations will be applicable to all regulated financial entities in the country which include all types of commercial banks and non banking financial companies.

The source also said that the lender will be made to explain all the charges and interest rates in a factual manner.

The customers and users should give their explicit consent, and only then can the companies collect their data and information.

All of the data stored are also to be mandated in the country under the fresh set of rules and regulations.

The source went on to say that the Reserve Bank of India is in constant talks with the Ministry of Finance, another government agency, on drafting a specific legislation to ensure that illegal lending done by unregulated companies does not happen for the safety of the people.

The government is also already creating a legislation to make sure that illegal financial lending and other types of illegal digital transactions do not take place and if the company is found guilty of doing so, should face the necessary consequences.

If these new regulations come to play at the end of the month, the people of the country will get much more control as to who gets their data and information, and how the companies can use them.

These new regulations showcase the government prioritising security in a sector that has grown a lot over the past few years. In 2021, mobile wallets took up almost a quarter of all transactions in the country, but just 2 years before that in 2019, it stood at under 5%. So, the government has finally found it necessary to update the rules to reflect the changes and upgrades the financial tech sector has undergone over the past few years.

There are over 1000 apps that provide loans with many of them being illegal. The government have been able to ban many of these apps, and they plan to make the fintech world more secure.