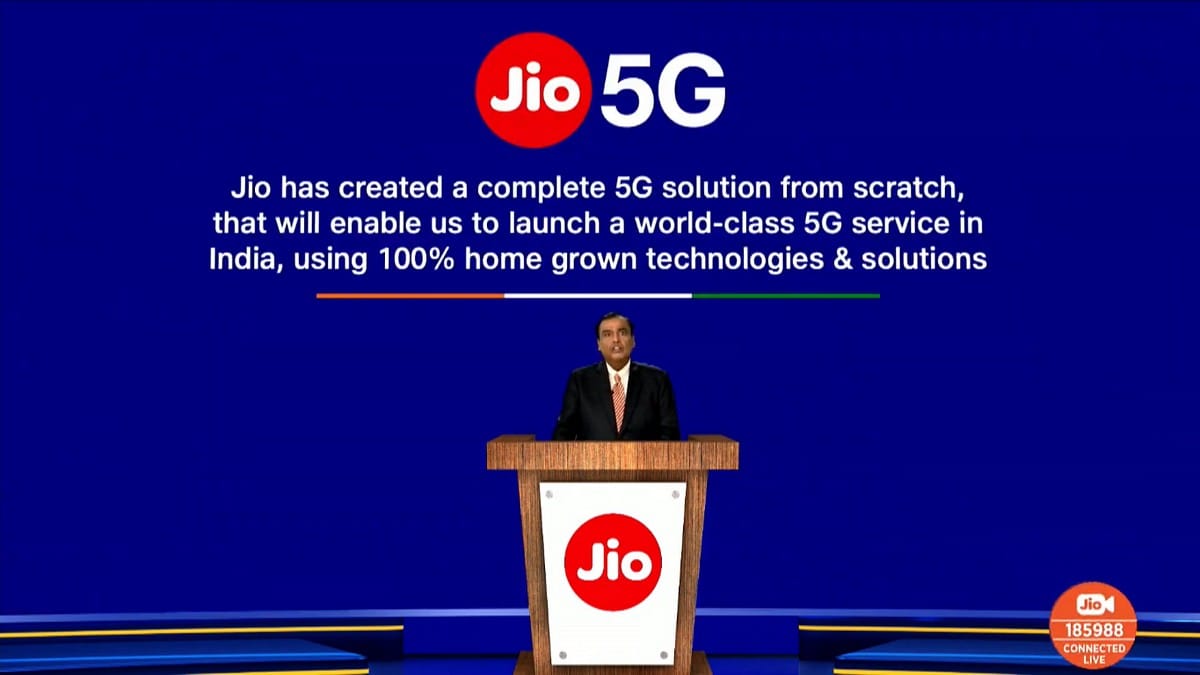 Mukesh Ambani owned Reliance Jio Infocomm Limited has affirmatively revolutionised the way Indian use 4G internet speeds today. Ten years ago, people would cry over getting different recharges done on their sim through their network operators. Remember those days when people used to pay INR 249 every month to get 1GB of 2G and 3G internet? Well, Reliance Jio was the end of that era as it introduced free 4G high-speed internet services and sim cards with free calling for everyone in India.

As said, that was the story when 4G was the king of speeds but recently, Reliance Jio has announced to have initiated advanced-level testing of its 5G connectivity in India. According to recent reports, Reliance Industries Limited has recorded a 15.5% jump in profitability in the last quarter of 2020 i.e., December.

Furthermore, according to a report by The Indian Express, Reliance Jio Infocomm Limited has begun its advance testing for 5G networks in India but the future plans of the company depend on the availability of spectrum. The report also mentions that the Government of India has not yet auctioned the required airwaves for 5G connectivity in the country.

Reliance Jio currently operates on the Indian LTE network with coverage across all telecom platforms and as it promised, the company will be delivering 5G connectivity in India at the most affordable prices. In a report, Mukesh Ambani also promised to make India 2G-Free with the introduction of 5G in the telecom sector.

Reliance Industries Limited, the conglomerate and its subsidiary, Reliance Jio has once disrupted the telecom industry of India with its debut in 2016 and once the government announces the auction of the required airwaves, it is assumed that Jio will bring in the same strategy to maximise 5G adoption in the country.

Asia’s second-richest man and owner of Reliance Jio promised in a statement last month that Jio will be the first telecom operator to introduce 5G in India and his promise is backed by the company’s last quarter results, receiving over USD 27 billion from the likes of global investors including Google and Facebook Inc., as mentioned in a report by The Indian Express.

5G connectivity will be another revolution in the telecom industry of India and market players and competitors such as Airtel, Vodafone, BSNL and others will have a strong battle with Mukesh Ambani’s Jio. The company currently enjoys the trust of over 300 million users in India and with the promise of making India 2G-free, the telecom player is on its way to introduce affordable high-speed 5G connectivity across the nation.