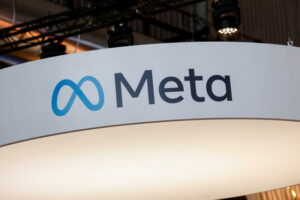 This week, a research conducted by a former engineer from Google regarding Facebook parent Meta came out. It states how the tech giant has been revising pages the users go to, allowing itself to follow the web following them clicking links on the pages. Instagram, along with Facebook has been active benefitting from people clicking on links and redirecting ‘in-app browser’ pages that the apps control and not the default device browser.

The researcher, Felix Krause, stated how Instagram seeps in their code on every webpage indicated, which includes them tapping on advertisement giving the chance to track every engagement. These include textual choices, inputs, selected links and auto-fill interactions. Meta responded to these in a statement them putting in the code was in accordance to consent of users on whether apps have the permission to follow them.

It stated how injection was for only data collection prior to its application on target ads or measurement requirements for ones who did provide consent to such track. The specified how the code was specifically made to respect the users’ options on the pages. It added how it does not include pixels, the code exists to calculate conversion instances. Essentially, they ask for approval for any user can save personal details for auto-fill.

Findings from the ex-engineer:

He made these findings by the development of a tool that could enumerate all the added commands put on to a site by the particular browsers. It ended up detecting on changes for general browsers, but found about 18 lines of added on both Facebook and Instagram, Apparently, these scan for specific cross- platform tracking tool. In some cases, it would use Meta Pixel allowing the companies to monitor a user’s activities. Fortunately, the company does not reveal to users that it revising the cases.

The practice of putting in another code in called ‘Javascript injection,’ often classified as a kind of malicious attacks. According to cybersecurity company Feroot, describing  it as an attack that enables outside entities from misusing the page or app, collecting every piece of information available. However, its not clear if Meta actually an used huge.

As of now, it is not clear as to exactly when Meta started this code injection for monitoring users when they click the given clicks. For a while now, it has been in a harsh competition with Apple after it came up with the requirement for apps developers to seek permission for tracking users.