Ripple falls 10% after Coinbase dismisses rumours of a relisting. 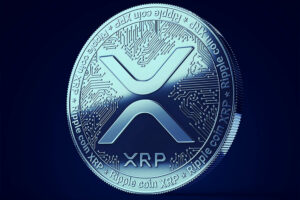 On September 10, XRP trading pairings began to appear on the Coinbase Pro mobile app. The price of Ripple increased as a result of this occurrence since trading volume increased in tandem with the bulls’ euphoria. Coinbase later clarified that the cross-border remittance digital currency had not been relisted.

The appearance of four XRP trading pairs on the Coinbase platform has led many to speculate that the crypto exchange has relisted the digital asset. Due to an ongoing legal struggle between Ripple and the US Securities and Exchange Commission, the Nasdaq-listed company previously banned Ripple from its platform for trading (SEC).

Coinbase halted XRP trading on January 19 of this year and has yet to say whether or when it would resume Ripple trading.

Due to a technical mistake, the Delaware-based crypto exchange swiftly reported on Twitter that XRP was temporarily viewable on its platform, but customers were unable to trade the tok.

While Coinbase is also being sued by the Securities and Exchange Commission, many in the crypto community have asked the exchange to relist XRP to demonstrate support for Ripple in their fight against the SEC.

As enthusiasm wanes, the price of XRP has fallen below resistance.

The price of XRP has fallen due to reports about relisting, which Coinbase has rejected. Ripple dropped 10% once the crypto community realised it was just a technical glitch.

The 200 four-hour Simple Moving Average (SMA) around $1.14 has reintroduced strong resistance for the cross-border remittance cryptocurrency. Although the recent surge in XRP price owing to the Coinbase speculation propelled it past many barriers, the thrill may have worn off.

Ripple is unlikely to see higher ambitions until there is significant purchasing demand.