Rivian is already known to have delayed its deliveries. However, many early reservation holders are seen complaining in online groups and forums about unreliable delivery timelines. Rivian stated in a recent email that the automaker is reducing combinations and complexity, to make more vehicles. For customers to get earlier options like color, would need to wait longer. Meanwhile, those who ordered later would be getting their deliveries. 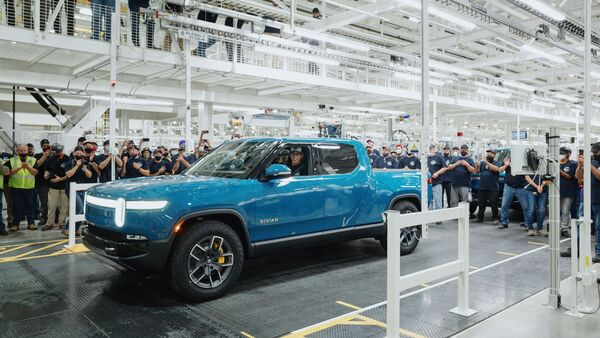 A reservation holder Jeff Wells ordered a Rivian R1T in early 2019. He was one of the first customers to order the truck early on. Those who placed almost years after his order is receiving their trucks, but not Jeff Wells. He is an accountant from Southern California, sharing his experience with unreliable timelines. He said of Rivian, “It’s just annoying and it feels like there’s no order to how they’re doing things,”

Wells is only one among such examples of those who haven’t received their deliveries yet. In later April, Rivian stated that it is prioritizing those orders with specific interior and exterior wheel and color options. Rivian said in an email, “Building in few build combinations reduces complexity with our suppliers and in the plant and allows us to build a greater number of vehicles.”

That meant many early reservation-holders sticking with their original color preferences had their orders delayed. Rivian in a statement to Reuters said delivery dates are not just based on the timing of a preorder, and that it was exploring new ways for customers to expedite deliveries.

Rivian’s delivery headaches have not drawn the same attention as the California company’s slashed production plans or its messy communication of vehicle price increases, which it first announced across the board, but later scrapped for existing reservation holders following backlash. But delivery woes could prove just as damaging.

While all automakers are struggling with global supply-chain snarls, including a semiconductor shortage and rising raw- materials costs, startups like Rivian have less room to get things right. Large investors, including Ford Motor Co and Tiger Global Management, have offloaded Rivian stock after the post-IPO lockup period expired. Rivian’s supporters have largely remained loyal despite the company’s chaotic pricing changes. Preorders have increased to 90,000 vehicles even after the price hikes, which now apply only to new reservations. But delivery delays could prove costly as other automakers launch their own electric pickup trucks, including Ford Motor’s electric pickup, F-150 Lightning.