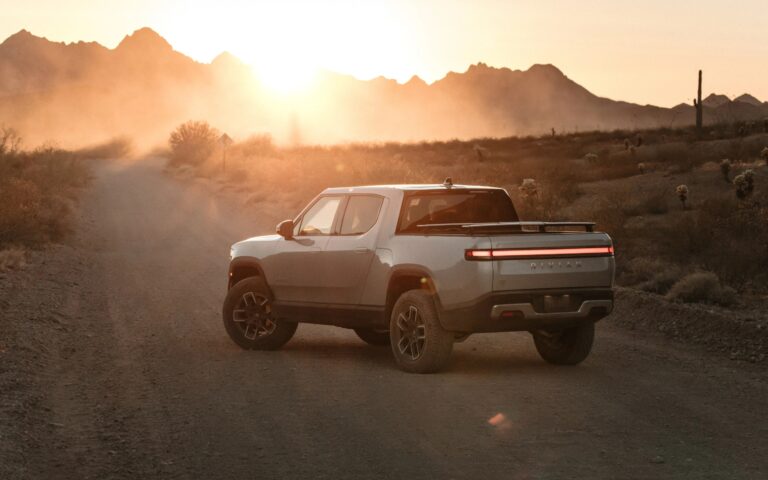 Rivian signs a new Power Purchase Agreement(PPA) to source 50MW from Wind Farm. The electricity will be powered by Apex Clean Energy’s proposed Goose Creek Wind Farm. The EV maker will use the wind energy purchase and other renewable energy initiatives to power its Normal, Illinois, manufacturing facility. Around 75% of the manufacturing facility will be powered by renewable energy.

According to Rivian, it “exists to create products and services that help our planet transition to carbon-neutral energy and transportation.” The company is known for making adventure-oriented electric vehicles. But Rivian also claims, “in order to create the change we seek, we go beyond what is expected of us.” To put its money where its mouth is, so to say, Rivian launched a fund called Forever that invests 1% of its equity in focusing on high-impact climate initiatives, emphasizing the preservation and restoration of wildlands, waterways, and oceans.

The EV maker mentions that the industry and consumers cannot continue down the path they have created over the past century. Noting, “On our current path, we will fully exhaust this stored energy in only a few more generations and, in the process, carbonize our atmosphere and damage natural ecosystems to such a degree that life as we know it will not be possible.”

Manufacturing zero-emission electric vehicles is a priority, with transportation leading the US economy (27%) in toxic greenhouse gas emissions. However, burning fossil fuels for electricity is a close second since it produces around 25%. Rivian’s Normal, Illinois, the factory is equipped to produce up to 150,000 EVs annually, yet the company only expects to produce 25,000 this year. There’s a lot of wasted energy and GHG emissions as Rivian scales production capabilities at the facility as a result.

The EV maker’s first large-scale clean energy purchase will help utilize wind energy to reduce its carbon impact. The wind energy will be supplied from the renewable energy company’s proposed Goose Creek Wind Farm, which is within an hour’s drive from Rivian’s Ilinois plant. Andrew Peterman, Rivian Director of Renewable Energy, summed it up perfectly. Said, “About a third of global greenhouse gas emissions come from transportation, with nearly another third from electricity generation. We have a tremendous opportunity at Rivian to help tackle emissions beyond the tailpipe to support decarbonization of manufacturing and charging of electric vehicles.” Rivian says the wind energy PPA, in addition to other clean energy sourcing and on-site generation, will power up to 75% of its manufacturing facility.