Samsung Galaxy A80: A Smartphone with Rotating Camera 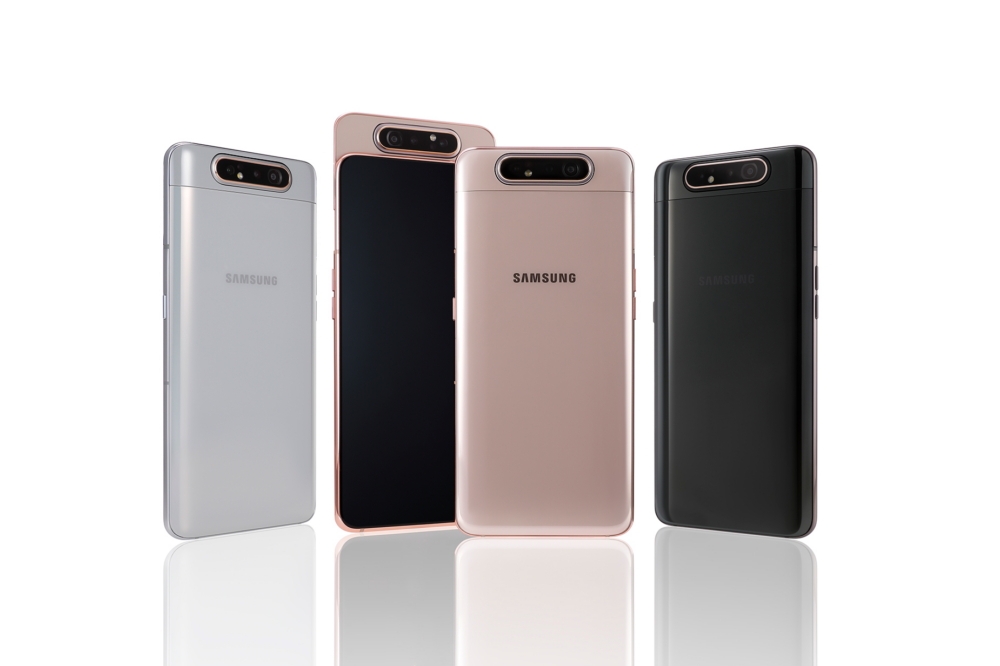 Samsung has launched a news smartphone under it’s Galaxy A Series – Galaxy A80. This smartphone has a rotating camera setup which functions as both front and rear camera.

Let’s take a look at smartphone. 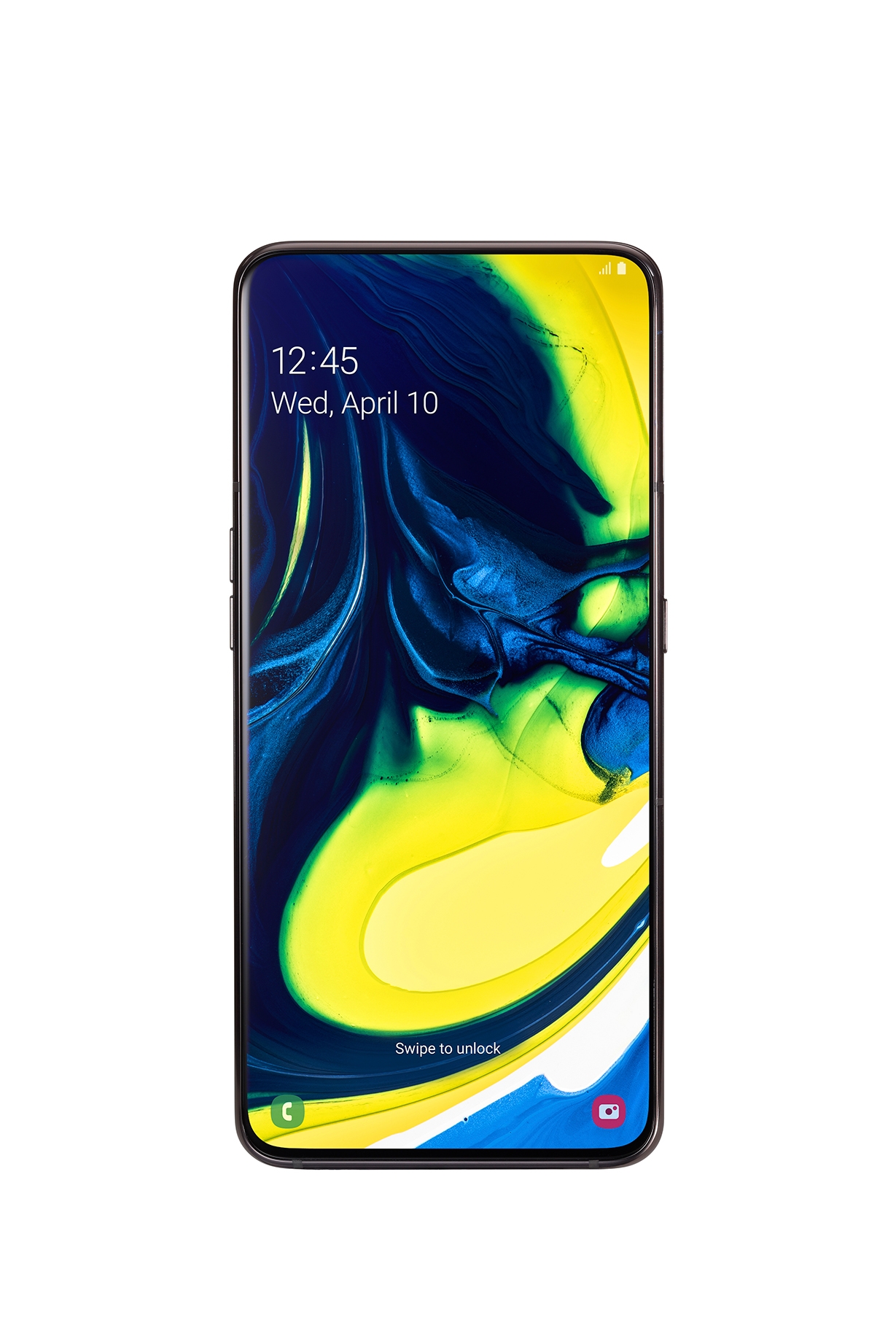 The Samsung Galaxy A80 has 6.7 inch FHD+ AMOLED display. The display has the resolution 2400×1080 pixels. The smartphone has Notch-less display. 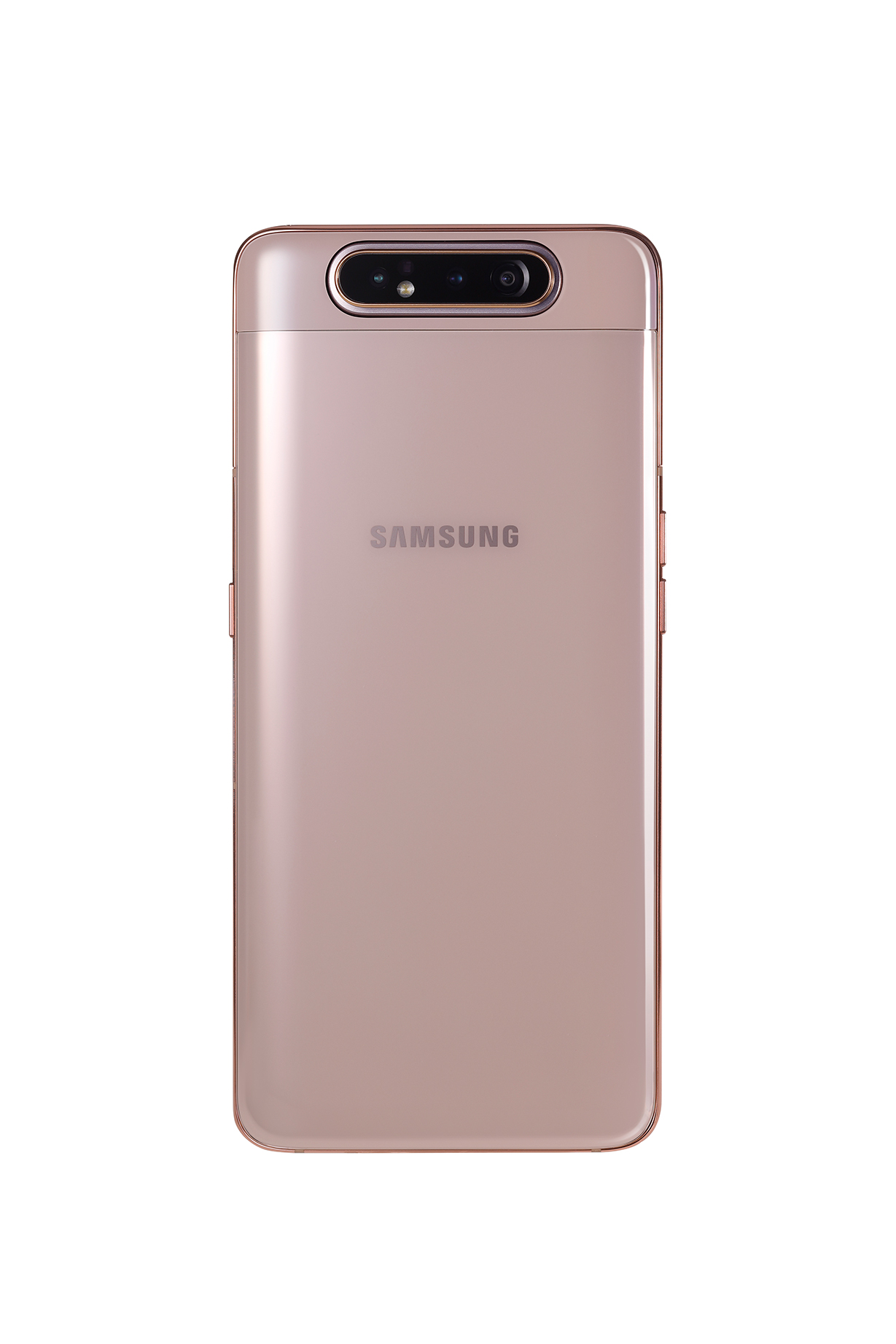 Galaxy A80 has 8 MP ultra-wide sensor for wider view. This wide angle camera has f/2.2 aperture. It has 123-degree field-of-view.

The third camera is a 3D depth (Time-of-Flight) sensor for bokeh effect and AR-based measurement applications.

Samsung Galaxy A80 uses the same camera sensors as front and rear cameras. The camera rotates to be used as front or rear camera.

When users select the selfie mode in the camera app, the three cameras automatically pop-up from the back of the phone and rotate.

This rotating camera has allowed the company to make a notch-less display.

It has Adreno 618 GPU for graphical tasks.

The Galaxy A80 has in-display fingerprint sensor. It supports 25W fast charging. It has Dolby Atmos for 360-degree audience experience when using earphones or Bluetooth speakers.

The smartphone runs on Android Pie.

The smartphone will launch in markets by the end of this month.