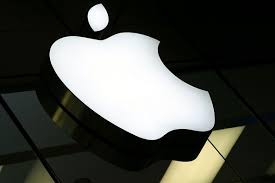 Forced to work from home during the lockdown, the workers at Apple Inc. are now finding it difficult to return to the office for work.

Around 850 people have come together to express their displeasure over the company’s decision to return to office starting from the first week of next month, under the banner of the apple-together group. Reportedly the mac maker has shown strictness in pushing its employees to return to the office.

“Are you an office-based Apple employee? Thanks to modern technology (much of which we helped create), coworkers can collaborate from anywhere. Tell Apple: We demand Location-flexible Work”, the apple together group tweeted yesterday.

The workers want the management to take back its decision asking them to return to office from September first week. They also want their devolution of work wherein the nearest authority leads them to decide the future course of arrangement on working. The workers have also expressed privacy concerns, about the work-from-home mode of working.

The 85-member group working for the company led by Tim Cook, consist of workers having commitments including finance, environment, family, health, disability and safety. The group members have alleged that Apple is not aware of workforce diversity and the different demands of job profiles.

According to the group, as per the evolving mode of working, the focus should be on connecting on a need basis and working from the office mode of working is a thing of the previous century. The 85-member group in its petition has also highlighted the flexible mode of working.

The new set of instructions comes after the company relaxed its policy on the mandatory mask. The tech company in hint to want lies ahead also conducted an in-person meeting in June this year. Reportedly workers have expressed their displeasure over the California-based giant decision to return to the office.

The daily average of covid cases in Santa Clara County has seen a downward trend. Moreover, the US Centers for Disease Control and Prevention has also eased its recommendation. Apple has not commented on the latest development yet.