Seven Features The OnePlus 6T Should Have 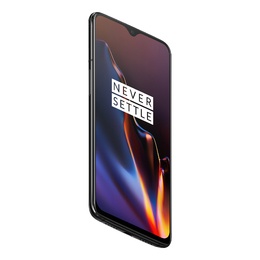 OnePlus launched it’s new flagship – OnePlus 6T last month. You have seen the first impressions of the smartphone. The smartphone is priced at ₹37,999 (US price – $549). The smartphone has almost entered in the true flagship segment (from flagship killer segment) Let’s talk about the features that should be present on OnePlus 6T, but they are missing.

Few months ago, OnePlus was proud of giving headphone jack. But with the launch of OnePlus 6T, the scenario changed. The company removed the headphone jack from the 6T.

The 3.5 mm Headphone Jack is still handy, the wireless headphone technology might be the future, but it has not been evolved completely. Many gamers prefer to use wired headphones to avoid latency issues.

The removal of headphone jack can be a deal-breaker for some people.

Razor smartphones showed us how stereo speakers can improve the sound experience. Stereo speakers are present on many flagships and even on some flagship killers (or budget flagships).

OnePlus 6T is missing the feature. The feature can be quite handy during gaming and consuming multimedia.

OnePlus 6T has a good 1080p display. The display is good, but 1440p display is being demanded by some users since few years.

It seems OnePlus is confident on it’s fast wired charging (which is really damn fast), but wireless technology is also improving, and it is good to have a feature which is convenient.

The OnePlus 6T has a glass back, so the company had the option to implement wireless charging.

The OnePlus 6T has dual rear camera, but the secondary rear camera is used for mainly depth sensing and enhancing the background blur, it doesn’t doe other things.

Pixel has showed us that the good photos can be captured by using a single camera, so the other lens can be used for other useful things like zooming, ultra wide-angle (instead of just depth sensing).