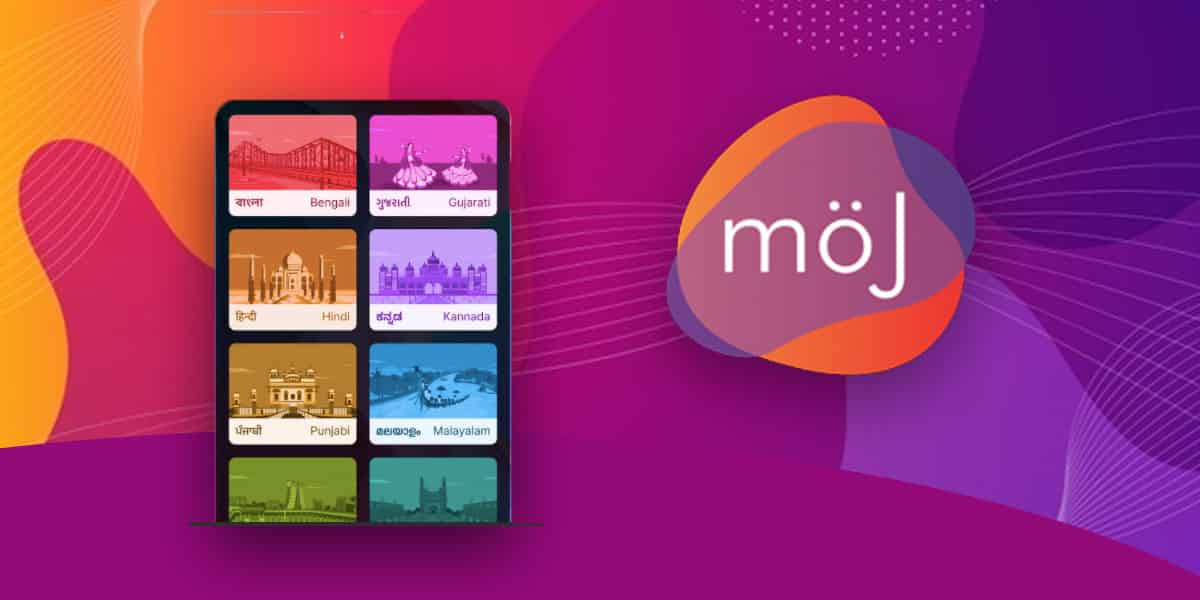 Moj is an Indian short video platform developed by ShareChat and most recently, the platform has surpassed 100 million downloads on Google Play Store.

ShareChat is a social networking platform that offers regional content to diversified Indians. The Bengaluru-based start-up was founded back in 2015 by Ankush Sachdeva, Farid Ahsan and Bhanu Pratap Singh. Locally developed by ShareChat is the popular TikTok rival, Moj which offers a short video platform to Indians to showcase their talent in the hypershots entertainment segment.

According to a report by Indulge Express, Moj took approximately six months to surpass 100 million downloads in India which is a record in itself, becoming the fastest short-video platform to hit the mark.

Moj is an Indian substitute for China-based TikTok which was banned last year along with hundreds of more Chinese applications by the government of India over socio-political war between the two nations.

Josh app, Mitron app, Trell app and Chingari application are all rival platforms that locally compete against Moj and serve in the hypershots entertainment segment in the market that left a huge market demand in the market after TikTok was banned.

The ban on Chinese apps served as an opportunity for Indian players to enter the market and capitalise on the high market demand left after the exit of these Chinese applications. As mentioned in a report by Inc42, market entrants including Instagram Reels, Zee5’s HiPi, MX Takatak, Gaana HotShots among many others entered the Indian market to fill in the void after Chinese applications.

However, this rise in demand was noticeable to investors and at a global level, they became confident of Hypershots market in India and started capitalising on the opportunity to invest in the Indian market.

As mentioned in a report by Inc42, Mitron was the first homegrown application after the TikTok ban to receive a foreign investment of an undisclosed amount by LetsVenture and 3one4 Capital. Following the Trend, Chingari bagged INR 10 crore funding from multiple investors including Utsav Somani, LogX Ventures, Al Trust, Jasminder Singh Gulati and Village Global.

Thus, all of this information shows how popular this new segment in entertainment has become on social media and how much Indians enjoy these short video platforms. Analysts assume otherwise.

As quickly as the trends escalated with the hyped market demand after the TikTok ban, statistics show that the downfall of this segment is also as quick. According to a report by data citing platform, Sensor Tower, there has been noted a significant drop in new downloads in this hypershots segment in the last few months of 2020. These statistics indicate that this segment was a part of the hyped-up trend which is on its all-time low and also, the potential re-entry of TikTok in the Indian market after compliance with all Indian policies and terms will hamper the growth of these homegrown alternatives even more.