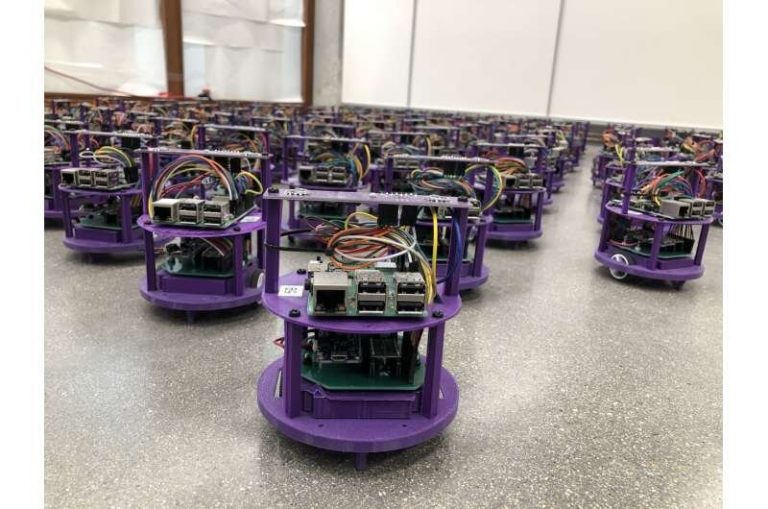 Innovations drive the world and make it better. The world of science and robotics has come quite far since the past few decades. The society that was skeptical at first now is absolutely dependent on tech gadgets. The field of science has contributed to a great extent in the development of standard of living and ease of performing some of the most tedious functions.

With that being said, we also need to understand that the need of society drives such innovations. In order to protect human life from danger or to make the entire work process more efficient, robots have always been developed as the one stop solution for such problems. Frankly, that formula never seems to fail. The robots are capable of carrying out some of the impossible tasks for humans.

The researchers from Northwestern University have now developed the first decentralised algorithm that guarantees no collision and no deadlock. This invention can prove to be primarily useful to allow the self-driving vehicles to navigate safely and flawlessly without crashing into one another and causing unnecessary traffic issues.

Michael Rubenstein from Northwest led this study. A paper regarding the same will be published in the journal IEEE Transactions on Robotics later this month. While explaining the study he said, “If you have many autonomous vehicles on the road, you don’t want them to collide with one another or get stuck in a deadlock.” He also added that, “By understanding how to control our swarm robots to form shapes, we can understand how to control fleets of autonomous vehicles as they interact with each other.”

The reason why the researchers decided to make the small was in order to decentralise control. This can become a central point of failure. The algorithm has been tested on 1024 robots. The robots were able to form a predetermined shape in less than a minute.

While explaining the process Michael Rubenstein said, “If the system is centralized and a robot stops working, then the entire system fails.” He also added that, “In a decentralized system, there is no leader telling all the other robots what to do. Each robot makes its own decisions. If one robot fails in a swarm, the swarm can still accomplish the task.”

The robots are equipped with sensors and are able to communicate with each other with its help. This helps them to determine whether spaces nearby them are vacant or not. The robots simply refuse to move to a spot unless it’s free. They don’t move until they’re sure that no other robot is going to occupy that spot. When it comes to moving, according to Michael Rubenstein, the robots are very careful and they reserve a space ahead of time.

Michael Rubenstein explained the process as, “Each robot can only sense three or four of its closest neighbors. They can’t see across the whole swarm, which makes it easier to scale the system. The robots interact locally to make decisions without global information.”

This swarm is capable of forming a shape in just a matter of minutes. There have been attempts made in the past where such approaches were tested. But the formation could take almost an hour. This technology is compatible to be used in warehouses and for fleets of self driving cars.