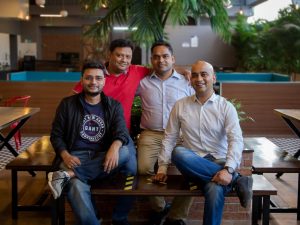 A recent announcement by the Social commerce platform DealShare revealed that it has raised an amount of Rs.70 crore($9.3 million). Alteria Capital, a venture debt firm based in Mumbai led the debt financing round. The announcement came just after the firm closed its $100 million funding round. The recent funding round will take the startup’s total funding to a whopping $145 million.

DealShare plans to use the funds in a way that will add a speed boost to the growth and development of the startup. The funds will be primarily infused into marketing, and to create a strong foundation for the same, in addition to the market expansion that will be of substantial help in fuelling the growth and progress of the firm. Initially, a total amount of $100 million was raised by the startup in a Series D funding round which was led by Tiger Global Management.

The controlling reins of DealShare rest in the hands of Brisam Retail Pvt.Ltd, which was founded in 2018 by Sankar Bora, Rajat Shikhar, Sourjyendu Medda, and Vineet Rao.

DealShare is primarily focused on middle and lower-income populations from non-metro.

“We believe Dealshare is poised well to play a pivotal role in bringing e-commerce to the masses in India to serve their recurring shopping needs. The platform is empowering regional brands to participate in the online shopping revolution and connect directly to the end consumer.”

DealShare has made its presence felt across 100 cities in Rajasthan, Gujarat, Ghaziabad, Maharashtra, etc. The future might also witness the startup expanding its reach to over 3000 pin codes across five states.