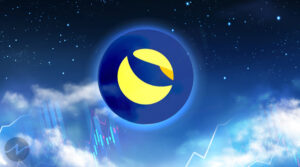 The market crash in May, impacted Terra’s USD and its sister token Luna the most. Factually, the stablecoin and the cryptocurrency lost around 99% of its value and started trading at a value close to zero. The drastic fall in the stablecoin and cryptocurrency caused tremors across the market and also became one of the main reasons for such a prolonging market implosion. The wound caused by Terra’s crash is still fresh and not healed at all.

Do Kwon, the founder of Terra has been in all sorts of trouble since the Luna debacle. The debacle has been so devastating that, the reports of the inclusion of the founder in the crash started going around in the market. The reports about Do Kwon playing a role in terra’s crash started causing more issues for the company.

The South Korean government also intervened in the matters since the founder’s location was no known by the regulatory officials. The founder of terra has invited all sorts of trouble by his words and actions in the past couple of months. He was also trolled for making humorous comments on twitter.

As a result of Luna’s devastating crash, the government of South Korea also intervened into the matters, as the news of a potential scam started going rounds. Search and seizure operations were conducted by South Korean prosecutors at nearby cryptocurrency exchanges and related businesses in an effort to find proof of illicit activity connected to the May collapse of the cryptocurrency Luna. According to the reports, around 15 cryptocurrency exchanges were scanned in and out as a part of investigation.

The worse part for Do Kwon is that, most of the investors feel cheated and have made serious allegations against him and the other developer Daniel Shin. According to the reports, many of the employees who are a part of the blockchain platform Terraform Labs have been asked to stay in the country and have been prohibited of going out.

Terra’s debacle surely caused a wrath in the market in May. The fact that Do Kwon, after the crash was joking around in Twitter didn’t go too well with most of the people in the crypto sphere. According to me government’s intervention is necessary in such cases because of two important reasons. The first and most important reason is that all the investors of Terra lost millions of dollars in the market. Some of them had actually saved the money for their future and for education. The second most important reason is that the rumors about the founder’s hands in the debacle of the company. An investigation from the regulatory body is necessary to find out if Do Kwon had any links with the crash and should be punished if he did.