SpaceX Starship fully stacked. Is the rocket ready for launch?

For a while, Elon Musk’s posts have been all about Starship updates. The Starship was stacked on Super Heavy Booster on August 6. Around after an hour, the Starship S20 was lifted off to be sent to transport stand after integration and being latched together. The booster seems to be ready for further testing on the suborbital launch mount so it is possible that the Starship was sent to testing. 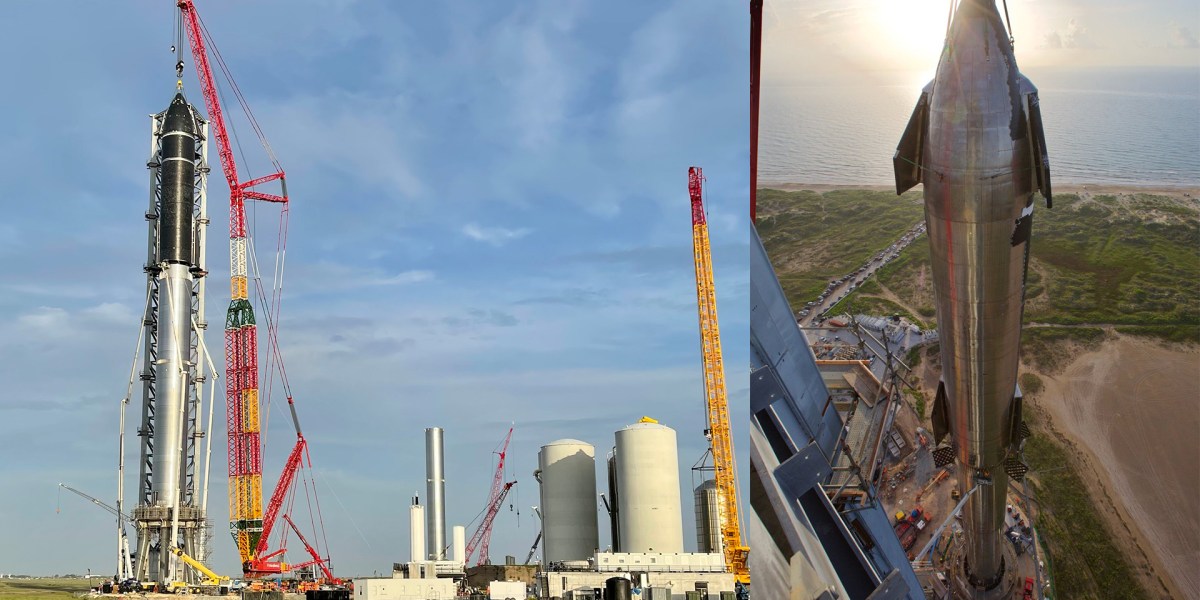 For weeks Starship updates kept coming, and SpaceX was on time for their developments. It is also known that Elon Musk challenged that SpaceX will finish the Starship 20 Stacking by August 4th. He also had flown several employees to the location to boost the process. It took 2 extra days, but the rocket is ready finally and further preparations are boosted. Also, it is known that the delays were because of bad weather. So the challenge is considered an accomplished one. Despite having an option to stack Starship prototype models, the team decided to stack the ready-to-flight Starship S20 with a little delay.

Teamwork certainly paid off when it comes to building the gigantic Starship. Elon Musk thanked the team after the rocket was stacked. This is designed to send at least 100 people to space in coming years, and possibly to Mars. “Elon Musk’s dream come true” which is apt considering that he has been working on achieving this for years now.

Is the rocket ready for launch?

Every space vehicle maker needs to test the rocket first without or less important goods initially. As said by Elon Musk himself, initially they will launch the Starship and expect it to reach orbit. It may or may not reland successfully. However, SpaceX has already conducted various prototype tests, and only after various short flights, they stacked the real Starship which they expect will reach Earth’s orbit.

Recently in Everyday Astronaut’s interview, Elon Musk mentioned various challenges yet to be fixed. Like reducing the weight of the rocket. In a reply to a question asking what is next for the Starship, Musk replied the 4 significant items yet to be finished. These come more under safety aspects, which are final heat shield tiles for ship, thermal protection of booster engines, ground propellant storage tanks, QD arm for the ship. Here is QD arm is a giant mechanical umbilical arm, which is designed to be located on the launch tower. It fuels and powers the Starship.

Technically the Starship is not ready for an orbital launch yet. Once all the items are fixed, the booster will be tested on the ground several times. The test pad B was seen recently being prepared for the Starship S20 as posted by Philip Bottin. Making history doesn’t happen in a day or because of one person. SpaceX is continuing to prove this point with every update on Starship. As said by Musk, “Believe in the future”.

Believe in the future