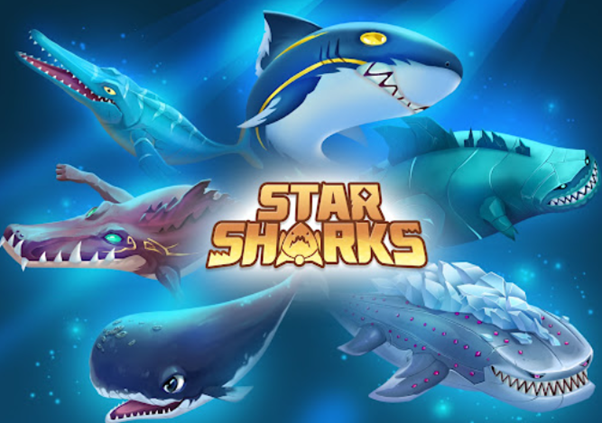 StarSharks bagged a whopping $5.8 million through private funding from Binance labs as part of strategic investment. StarSharks works with the aim of creating a shark metaverse, the very first of its kind in the world. The metaverse is based on the idea of the players creating and sharing their own experiences. The funding will prove to be highly beneficial for the project giving it a significant boost to reach its goal.

🔊The official version of Starsharks. Warriors is now launched!!! 🔥
Come and download the latest version on the StarSharks' official website.

A million-dollar idea with the right blend of innovation and potential nestled in a pragmatic frame can often prove to be the line of difference that separates those achievers and dreamers. And it seems like StarSharks has got that line right. When stepping into a rather competitive field with a rather novel idea, it is crucial to have ample backup and support. And for this having a clear and appealing idea to offer is of utmost importance. The number of blockchain investors and venture capitalists who are eager to invest in StarSharks attests to the fact that StarSharks has the right amount of clarity and appeal. For a good majority of the investors and users, the main point of attraction is its community-driven game method. StarSharks even stands a chance to challenge GameFi, thanks to its ability to move NFTs throughout the Shark metaverse from one game to another.

StarSharks got a rather huge booster in the form of funding from a couple of investors who contributed a total of $4.8 million. A multitude of companies and individuals have taken interest in the project and have contributed significant amounts towards their goal. These include Basics Capital, Binance Labs, the DAO Maker, and ICO Drops as well as the KuCoin and MarketAcross labs. The massive support that has been pouring in throws light on the industry veterans’ desire for cross-game NFT and in-game asset support.

The game was built by former employees of Binance, Google, and Timi Studio. And it uses the Binance Smart Chain. A strategic investment was made by Binance labs prior to the private funding round. The use of the Binance Smart Chain will be of immense help to the team for disrupting the GameFi landscape in addition to overcoming the challenges and hurdles posed by the isolated in-game assets.

Let us take a look at the words of the CEO of StarSharks,

Our mission is to create a cutting-edge blockchain gaming platform that allows people to share and maximize their creative potential by working together as a team. Thanks to the backing of over 30 notable institutional investors and communities that believe in the StarSharks’ mission, we are looking forward to working with you to create the next generation of gaming technology.