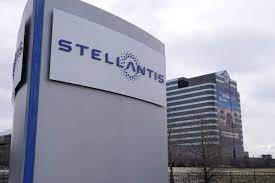 On Friday, June 3, the US business of Fiat Chrysler Automobiles went on to plead guilty to criminal conspiracy. In a plea agreement, they would have to pay around $300 million for resolution of a multi-year US Justice Department diesel emissions fraud probe. These details were brought forward by court documents last week.

Currently a part of Stellantis, FCA US LLC would pay about $300 million in criminal penalties which arose from its efforts emissions requirements. Mainly, these were for over 100,000 older Ram pickup trucks, along with Jeep sport-utility vehicles in its United States lineup.

Assistant General Kenneth Polite noted how the FCA US took part in a ‘multi-year scheme’ which involved US regulators and several customers being misled. Additionally, he stated how the department would hold responsible firms that ‘seek to place profits’ above ideals of ‘candor, good corporate governance, and timely remediation.’

Moreover, US District Judge Nancy Edmund in Detroit has set a sentencing date for July 18 this year. Particularly, the settlement involves a forfeiture penalty of $203.6 million, along with a fine of $96.1 million.

According to the government, the FCA US previously paid a civil penalty of $311 million. Additionally, paid more than $183 million in compensation to more than 63,000 people, which was part of a class-action diesel lawsuit. The business is set to be on probation for the next three years.

Along with it, FCA US is required to conduct an initial review of the automaker’s compliance with the Clean Air Act, with inspections and testing procedures. Additionally, they are to submit a report on it, with the preparation of a minimum of two follow-up reviews and reports.

Moreover, the Justice Department disclosed how the automaker installed deceptive software features with the intention to avoid regulatory scrutiny. Along with it, fraudulently aiding diesel vehicles meet appropriate emission standards.

They added how FCA ‘purposely calibrated’ the control systems of emissions in order to generate less emissions at the time of federal test procedures, as opposed to normal driving situations. Clearly, the guilty plea indicates the ultimate prominent actions authorities expect the US officials to take against the company in the case.

Confirming the settlement last week, Stellantis stated in its 2021 financial disclosures that about 266 million euros ($301 million) was accrued before in relation to this case at that time. The diesel-powered vehicles impacted span model years 2014 through 2016. In 2021, FCA joined French Peugeot maker PSA to form Stellantis.

Three employees from FCA have been reportedly indicted for conspiracy to defraud the the US, along with the violation of the Clean Air Act. This case is awaiting trial.

Notably, this comes five years following Volkswagen AG pleading guilty to criminal charges for the resolution of its own emissions crisis. This reportedly affected about 600,000 vehicles in a scandal that that became popular with the name ‘Dieselgate.’