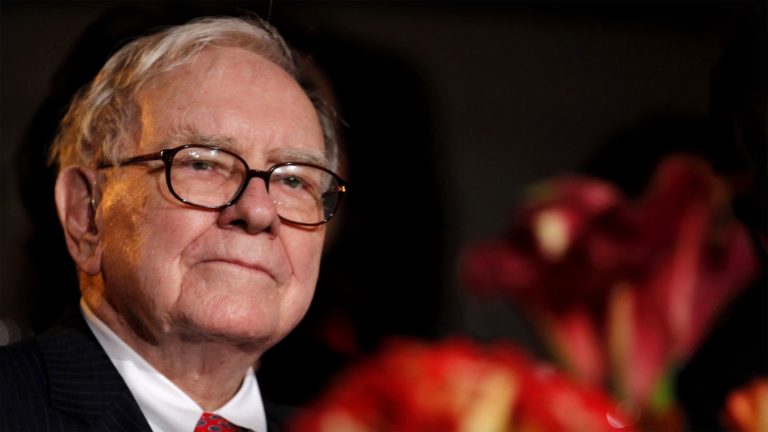 Stocks that Warren Buffet picked and dropped in 2021 Berkshire also trimmed its stake in Mastercard, Visa's rival, by about 6%.

Warren Buffett once again was a net seller of equities in the third quarter, reducing Berkshire Hathaway’s (BRK.B, $284.67) exposure to the stock market amid a series of then-record highs and increasingly stretched valuations.

The chairman and CEO continued to back out of bets in the pharmaceutical sector, pared Berkshire Hathaway’s holding in financial stocks – and payments processors in particular – and eliminated one cable bet in its entirety.

Through his investment conglomerate Berkshire Hathaway (NYSE: BRK.A) (NYSE: BRK.B), celebrated stock picker Warren Buffett has been a longtime shareholder of the big bank (and habitual dividend payer) Wells Fargo (NYSE: WFC). While Berkshire has sold the great bulk of its once-mighty position in the bank over the past couple of years, it still holds over 675,000 Wells Fargo shares.

Other investors have been more interested in buying the stock lately and its price has risen by about 63.5% year to date. That recent rise beats not only the performance of the remaining Big Four banks (Bank of America (NYSE: BAC), JPMorgan Chase (NYSE: JPM), and Citigroup (NYSE: C)) but also that of every other dividend stock in Berkshire’s portfolio.

Buffett spent most of 2020 hacking and slashing at his various bank-stock holdings. But he remained as committed as ever to Bank of America (BAC, $47.05).

Buffett’s interest in BAC dates back to 2011 when he swooped in to shore up the firm’s finances in the wake of the Great Recession. In exchange for investing $5 billion in the firm, Berkshire received preferred stock yielding 6% and warrants giving Berkshire the right to purchase BofA common stock at a steep discount. (The Oracle of Omaha exercised those warrants in 2017, netting a $12 billion profit in the process.)

Warren Buffett let go of 2.2 million BAC shares in Q4 2019, but that represented a mere 0.2% reduction. And while he cut heavily into various bank holdings in 2020, he added to Berkshire’s already large position in Q3 of that year by snapping up more than 85 million shares.

Buffett, an unabashed fan of Cherry Coke, started investing in Coca-Cola (KO, $56.62) stock soon after the stock market crash of 1987. In his 1988 letter to Berkshire shareholders, Buffett said he expected to hold on to the stock “for a long time.”

Three decades later, he has proven true to his word. Berkshire is KO’s largest shareholder with 9.3% of its shares outstanding. Coca-Cola remains among the most iconic of Buffett stocks.

Coca-Cola made a brief appearance as a component of the Dow Jones Industrial Average in the 1930s. Shares were added back to the Dow in 1987, and they’ve remained a stalwart member ever since.

Visa (V, $212.30) operates the world’s largest payments network and thus is well-positioned to benefit from the growth of cashless transactions and digital mobile payments. Like Mastercard, Visa was the idea of lieutenants Todd Combs and/or Ted Weschler (Buffett won’t tell). Also like Mastercard, Buffett wishes Berkshire had bought more.

Berkshire Hathaway first bought Visa in the third quarter of 2011, and it has proven to be a mammoth winner. Including dividends, Visa has delivered a whopping total return of 964%, well more than double the S&P 500’s 407% total return in that time. Visa also is a dividend-growth machine, ramping up its payout by 127% over the past five years alone.

“If I had been as smart as Ted or Todd, I would have (bought Visa),” Buffett told shareholders at the 2018 annual meeting.

Berkshire Hathaway might own Mastercard (MA, $361.36), but Warren Buffett has given credit where credit is due: namely, to his portfolio managers Combs and Weschler.

Buffett’s biggest regret is not pulling the trigger sooner.

“I could have bought them as well, and looking back, I should have,” Buffett said about Visa and Mastercard in 2018, referring to his investment in American Express.

Mastercard, which boasts 974 million cards in use across the world, is one of several payments processors that count themselves as Buffett stocks. That said, the position is a little lighter of late. Berkshire reduced its position by 6%, or 276,108 shares, during the third quarter, bringing MA’s overall weight down to 0.5% of the equity portfolio.

Buffett likes to say this his preferred holding period is “forever,” and AmEx is one of the premier examples. Berkshire entered its initial stake in the credit card company in 1963 when a struggling AmEx badly needed capital. Buffett obliged, getting favorable terms on his investment. He has played the role of white knight many times over the years. That includes during the 2008 financial crisis, as a means to get stakes in good companies at a discount. (Think: Goldman Sachs and Bank of America.)

No one would’ve been surprised if Buffett had trimmed his AXP position sometime during 2020. After all, Berkshire dumped financial stocks all year, and he even trimmed his stakes in payments processors during Q2.

American Express is both. And yet the position remained fully intact across the year.

Berkshire Hathaway, which owns 19.1% of American Express’ shares outstanding, is by far the company’s largest shareholder. No. 2 BlackRock owns 6.0%.

Buffett praised the power of AmEx’s brand at Berkshire’s 2019 annual meeting. “It’s a fantastic story, and I’m glad we own 18% of it,” he said. Of course, he’s glad: A roughly 1,630% total return over the past quarter-century would make most investors glow.

Buffett spent $475 million to initiate a stake in RPRX during the third quarter, immediately making him a top-10 shareholder with 3.1% of all shares held. But it’s still a relatively meager position within the Berkshire Hathaway portfolio, at less than 0.2% of equity assets.

Royalty Pharma, as the name might indicate, is focused on acquiring biopharmaceutical royalties. It doesn’t research or develop drugs – it helps provide capital for the companies that do. As the company explains:

Warren Buffett made quite the splash in fall 2020 when he finally dove head-first into the Snowflake (SNOW, $393.70) initial public offering (IPO).

The chairman and CEO of Berkshire Hathaway, for the record, has never been a fan of IPOs. He’s said so, on the record, and has notably turned up his nose at some of the most heavily hyped stock market debuts.

But that didn’t stop him from being involved when Snowflake, a cloud infrastructure unicorn, hit the public markets with a blockbuster IPO.

Snowflake is a cloud-data warehousing company that plays in a roughly $55 billion annual market – a market that’s expanding. The firm boasts nearly 5,000 customers, 116 of which are each responsible for generating around $1 million in revenues within a 12-month period.

Amazon.com (AMZN, $3,545.68) has been a winner for Warren Buffett for most of the time since he first bit into the e-commerce giant in early 2019. However, like other AMZN shareholders, Berkshire is putting up with a rare bout of underperformance.

Berkshire holds an insignificant 0.1% of Amazon’s shares outstanding to barely keep it within the top 100 shareholders. Interestingly, Buffett marginally reduced the position by 4,000 shares in Q1 2020, but he hasn’t touched the stake since.