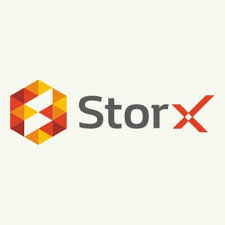 According to a recent tweet from StorX Founder Handy Barot, StorX storage network is one of the most popular, fast-growing, and globally known decentralised cloud storage networks.

Thank you for your support towards @StorXNetwork, we are now 2000+ storage node network.

To grow @StorXNetwork further robustness & scalability, We are looking for more Research scientist.

PM for feedback and reference pic.twitter.com/kZ8l8wEaPz

Users can store their data safely and securely on the cloud with the ever-expanding platform StorX. StorX, on the other hand, lowers storage prices, considerably boosts bandwidth, and establishes a community-driven environment.

Furthermore, the file uploaded to StorX is split and encrypted into many parts and distributed among autonomous storage nodes. Individual operators from all over the world volunteer their free disc space to form a decentralised network of storage nodes that are used to store data. The storage node hosts receive SRX tokens in exchange for renting out their disc space.

The storage nodes on the StorX platform total over 2000. In a short time, the platform reached a storage capacity of 1 PetaByte (PB). Furthermore, the site has a sizable user base, with over 110k users and over 4.5 million SRX staked. Notably, in order to qualify for hosting Storage Nodes on StorX, SRX requires staking.

Notably, SRX is the XinFin blockchain’s XRC20 utility token. There are presently 3,812 token holders, according to the XDC network explorer. The total supply of SRX tokens is 500 million.

SRX is currently trading at $1.63, with a 24-hour trading volume of $995,209. In the previous 24 hours, the price of SRX has risen by 83.68 per cent. According to monitoring portal Coingecko, the price of the SRX token has increased by 359.5 per cent in the last 14 days. The Bitrue exchange is now the most popular crypto asset trading platform for SRX.

StorX is just getting started, and the platform’s overall storage capacity is projected to rise dramatically as more users see decentralised storage as a viable alternative to centralised storage. StorX has a fantastic possibility to reach new heights in the near future, thanks to anticipated innovations and upgrades.

Furthermore, StorX will pave the way for a more decentralised internet. The users  in which can control their privacy and security rather than third parties or monopolistic entities. According to a recent tweet by founder Handy Barot, the StorX platform is recruiting Research scientists to help expand the StorX Network’s resilience and scalability.