Survey finds 96% of execs are adopting “offensive AI” against cyberattacks 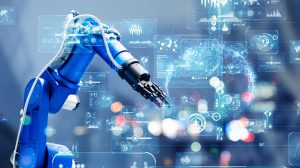 Every coin has two sides. The same goes for technology. With the immense opportunities offered, it also entails factors of threat and privacy violations that often shake foundations of security and safety. Another challenge faced by technology is cyberthreats, which has gotten to the next level of risk, given the advancements in artificial intelligence which can be leveraged by cyber criminals to blind fold systems and avoid detection. In such a situation, the need for proper and sharp, counter-attack becomes all the more underscored.

According to a new survey from MIT Technology Review Insights and Darktrace, “Offensive AI” will help cybercriminals to attack enterprises without being detected or caught. This is primarily due to the shortcomings and deficiencies in conventional detection tools. As the number of cybercrimes accelerate day by day, the reliance on human-led responses is questioned.

Over 300 C-Level executives, directors and managers were surveyed by MIT and Darktrace Report, who expressed their perspectives on the challenges posed by these threats.

A good majority(55%) were convinced of the incompetence of traditional solutions against the new attacks powered by artificial intelligence. A total of 96% were optimistic about finding a reliable solution in “defensive AI.” Self-learning algorithms which are capable of understanding normal user, and system patterns and which are capable of detecting unusual activity without the requirement for historical data is referred to as “defensive AI.”

A good number of those surveyed expressed their fears concerning the multitude of AI-driven attacks which gain an upperhand due to the smart technology employed. Using artificial intelligence for impersonation, misinformation, and for undermining the data integrity were among them. There also existed the increasing challenges posed by deepfakes which are becoming a growing concern due to its ability to manipulate and misdirect.

When offensive AI is thrown into the mix of fraudulent practices, it becomes highly complicated to distinguish between what is fake and what is real. This problem is all the more aggravated due to the lack of security protocols since most employees are working from home. Over 2 million phishing websites were registered by Google at the beginning of 2020 in comparison to 2019, before the pandemic began.

In the wake of these increasing cyber threats, hopes are placed by the organisations on defensive AI which can prove to shield against fraudulent practices and threats. Autonomous response or defensive AI is capable of blocking attacks without disrupting the day-to-day business activities. Without previous data, defensive AI can effectively identify abnormal behavior patterns and threats.

According to the survey, autonomous response technology is being deployed by over 38% executives. It all throws light on the fact that to compete with advanced threats, it is necessary to use technology that is in par with the sophistication of the former.

With the growing demand of AI in cybersecurity, it is estimated that, by 2026, AI market will touch a whopping $38.2 billion in value.