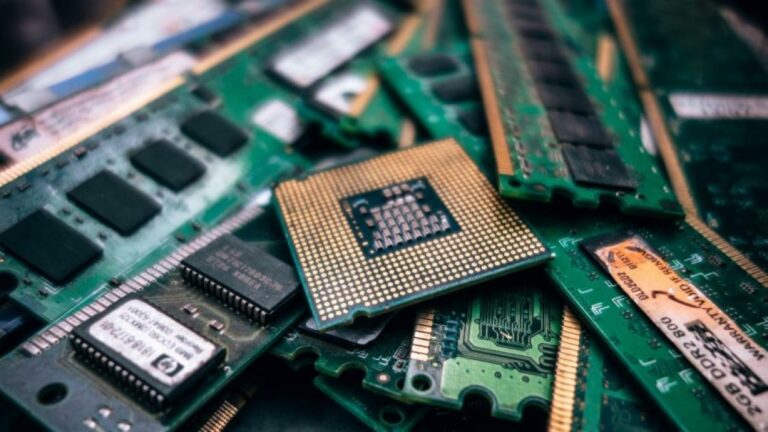 Taiwan chipmakers hint at decoupling from the US

According to a leading US research firm, Taiwan’s chip fabricators inked an agreement on December 3 to build their own semiconductor equipment industry, opening up a “option to detach from the West.”

The Taiwanese proposal is in response to President Donald Trump’s extraterritorial sanctions on importers of US fabricating equipment, which were implemented in May 2020. The United States claims the right to halt the sale of chips made on US machinery or intellectual property.

The US sanctions cut off Huawei’s access to high-end processors with a diameter of 7 nanometers or less, devastating what was once the world’s leading handset manufacturer. Due to its inability to produce 5G phones, Huawei lost market share to Xiaomi and sold its Honor smartphone division.

The US restrictions, on the other hand, had minimal effect on Huawei’s telecommunications equipment business, which includes 5G infrastructure equipment that employs older processors that are simpler to come by.

Taiwan will become a “advanced semiconductor production centre,” according to Taiwanese Vice-Premier Shen Jong-chin, who also stated that chip equipment manufacturers will be invited to relocate to the island. To accommodate the equipment makers, the Taipei government aims to develop one or two additional science parks in addition to the three parks currently in operation.

“We have a world-leading semiconductor sector in Taiwan,” said Habor Hsu, chairman of the Taiwan Machine Tool and Accessory Builders Association, according to the Taipei Times. “However, 90 percent of our semiconductor manufacturing equipment is imported.”

“International enterprises will modify where and how they create their products in the aftermath of Covid-19 and the US-China trade spat,” he noted. The agreement was signed by four Taiwanese trade associations and three nonprofit organisations that represent the entire Taiwanese high-tech industry.

Taiwanese chipmakers, who have big commitments on the Chinese mainland, are concerned that US sanctions may prevent them from using American equipment to produce semiconductors for the world’s largest chip market, the US$300 billion Chinese chip market. The Wall Street Journal reported on December 9 that the US Defense Department seeks to prevent SMIC, China’s largest chipmaker, from buying American computers.

On December 8, semiconductor research organisation VSLI analyst Dan Hutchison noted that a homegrown chip equipment industry “would enable Taiwan to divorce from the West.” Worse, it suggests that the world after globalisation is entering a dark age of oversupply, fragmented R&D resources, and low innovation.”

The Taiwanese initiative, according to Hutchison, is a “obvious post-globalization defensive strategy to resist the current US administration’s action to shut down China, as well as China’s response to establish its own equipment industry.”

Taiwanese firms are in the forefront of China’s government-sponsored push to develop domestic chip manufacturing. “A notable phenomenon is that the proportion of domestic-funded enterprises’ revenue has dropped significantly from 2016 to 2020, from 44.0 percent to 27.7 percent,” said Ye Tianchun, chairman of China’s Semiconductor Industry Association’s integrated circuit (IC) division, at a conference in November. “A noteworthy phenomenon is that the proportion of foreign-funded enterprises’ revenue has risen from 49.1 percent to 61.3 percent,” led by Taiwanese chip fabricators.

Amazon’s CEO says the business is still striving to break into the grocery market.