TATA POWER NOT IN TALKS WITH TESLA

Tata Power clarified its grounds of no talks with Tesla in respect of setting up of electric vehicles charging infrastructure in the country. There were certain news articles claiming that the Tesla group is looking forward with such a collaboration with the Tata group; but the statements were totally made transparent on Friday 13 March 2021.

Tata Power demanded a clear clarification from the concerned news provider on the same grounds. They clearly quoted that “Our EV charging business are constantly examining and exploring various growth opportunities of the business. No arrangement or agreements have been finalised as reported in the media. As required, we confirm that the news item published in “CNBC TV 18″ dated 12th March 2021 is factually incorrect.”

Tesla is name that requires no introduction.

It is the prime most electric & clean car manufacturing corporation headquartered in United states incepted in 2003. It currently focuses on providing products like electric cars, solar panels, solar roof tiles and many clean energy prospects. However, the company is known majorly for being the world leader in battery & electric passenger car holding a 16% market share currently.

In 2020; the company created a record by reaching the market capitalization of US $ 86 billion and becoming the greatest American automaker.

Tesla started its global expansion quite a few years back. But it was quite fast and rapid. Straight away from Shanghai in 2013 it focused on the major consumer market; which is India by setting up Tesla India Motors & Energy Pvt Ltd. In Bengaluru to tap the emerging market in the most competitive sense.

But the story is quite more.

Just setting up of Tesla unit will not be of full use making the company go on its toes to search for profitable ventures that could help in creating its battery charging units across prominent locations.

Therefore ;the talks with the leading conglomerate were initiated.

But they were of no good advantage as the car making unit denied it on clear grounds.

N Chandrasekaran, chairman, Tata Sons clarified that the home-grown automaker will go at it on its own. His exact words were “We will do it on our own.” 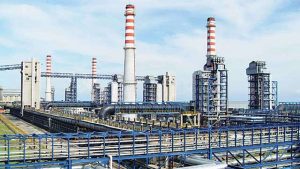 A buzz is created out of possibilities.

Possibilities are future events that are expected to occur.

It’s no big deal if the two most giant groups come together to benefit from the lucrative position in the market.

The reaction from Chairman was quite adamant but this apparent denial from the Tata Group can cost a lot to it in the future if the grounds are still levelled.

India is battling climate change to next level. The Air quality indexes of certain cities is very poor. Even the biggest global agendas have taken this into consideration. This was exactly the right time to come into this market by bringing electronic cars and Tesla got that in a clear manner.

Capital of the country has already made its bag full of schemes for people opting electric vehicles. Now the road ahead will be looking up to setting up a strong infrastructure for charging of these vehicles.

If not collaboratively; the goal will be achieved competitively hence making it even more better for consumers.