Tax Bit, a cryptocurrency business that recently launched a new headquarters in Seattle, has raised $130 million at a $1.33 billion valuation

TaxBit, a bitcoin tax and accountancy service with a second office in Seattle, raised $130 million in new funding this summer. The company’s valuation has risen to $1.33 billion as a result of the investment round.

The company, which was formed by brothers Austin and Justin Woodward in 2018, assists consumers, businesses, and governments with bitcoin tax and accounting reporting. 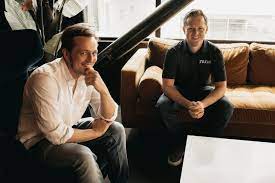 TaxBit plans to quadruple its personnel by the end of the year with the new cash. It also intends to expand its presence in the United States and the United Kingdom.

The money comes five months after TaxBit raised $100 million and joined with the IRS earlier this year. TaxBit was started in Salt Lake City, but only recently relocated to Seattle. It employs less than ten employees in Seattle and wants to have 40 by the end of the year at its “HQ2.” TaxBit employs roughly 80 people in total.

IVP and Insight Partners lead the most recent fundraising round. Madrona Venture Group, based in Seattle, also took part, investing from its second “Acceleration Fund,” which is aimed at more mature startups across North America.

In a blog post, Madrona’s John Torrey said, “TaxBit is our newest investment in an area we helped develop – Intelligent Applications.” “Intelligent Apps integrate data and machine learning to give real-time, actionable information into business and consumer apps — and we believe Intelligent Apps will disrupt and replace the current generation of cloud applications.”

Crypto businesses continue to receive funding from venture capital firms. According to data provided by The Block Research, such corporations have invested roughly $14 billion in crypto and blockchain startups this year alone.

TaxBit’s team comprises several former Qualtrics personnel, according to Torrey, a former Qualtrics executive. In some ways, TaxBit is following in the footsteps of Qualtrics, which was founded in Utah but now has a Seattle co-headquarters.

Also, read: How to save Bitcoin taxes 100% legally?