A recent post on Reddit came up talking about a Tesla crash. The user posted that after their Tesla crashes, there were no injuries faced by the passenger and the driver. As per the Reddit post, it seems both the driver and the passenger were sons of the user who posted it. So, we can understand the sheer delight that he might be having. Additionally, he said, “Thank you, Tesla,” because of their very safe car. 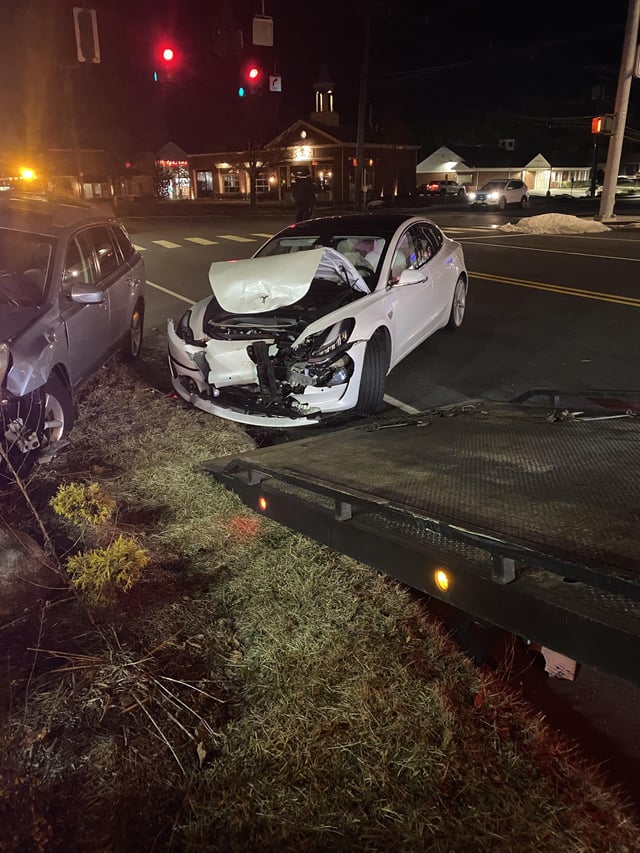 When I say Tesla is very safe, it is not only because of the accident news. But because the company’s vehicles also won the “top safety honor,” which shows how safe the car really is. And this award was given after 6 crash tests in which the car performed well on all of those. Initially, the Tesla Model S was also tested but did not win the top honor. But now, it seems with the Model 3, they did it. Tesla Crashes are not very common, but when we do hear of it, most of the time, the passengers in the car are safe.

Going back to the Reddit post, many other Tesla users shared their experiences in the comments below. A user said that he had a devastating accident with the first Tesla model 3 years back. He convincingly said that he believes that Tesla saved his life.

Is Tesla the safest car ever?

Being an autonomous vehicle being safe is very important. And Tesla doesn’t only deliver on the looks, performance, and class but also the safety aspect. This also adds to the experience of driving the car because of the mere peace of mind. There are also multiple software protocols that Tesla has added keeping the passenger’s safety in mind. For example, if you take your hands of the driving wheel for some time it will prompt you to do so.

There have been various claims whether it is the safest car ever built or not. Tesla did claim once that “it is”, but the data from NHTSA proved otherwise. The NHTSA said that 6 cars had the best crash test results than the Tesla. Well no matter what, even if it is not the best it is certainly very good.

What are your thoughts on the Reddit post and the fact that Tesla crashes but passengers survive with zero injuries? Do let us know in the comments below. Also, if you found our content informative and detailed do like and share it with your friends.