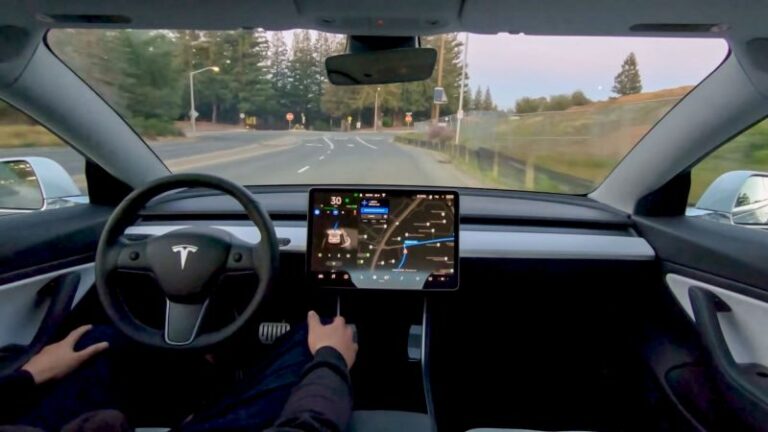 Tesla starts releasing notable improvements in Full Self Driving software With these updates, if it performs well Tesla will widen access

Tesla is releasing a big new Full Self-Driving (FSD) Beta software in the coming days, which will have a lot of improvements. This is considered notable because if it performs well, Elon Musk stated that Tesla will expand the access to other users with lower safety scores in the US as well.

Last year Tesla released various updates, which showed significant improvements in the autonomous feature. The vehicle was able to predict better, and move at a faster speed than earlier without any major issues. Currently, the company has mandated a safety test score for a Tesla user to use the FSD Beta software. Where users who have only a score of 98 or above are given the FSD Beta software access.

If this version performs well, we can probably lower min safety score to 95

Now as Elon Musk replied under the Tesla FSD Beta v10.11 release notes, states that Tesla is considering providing access to more users. It indicates that the FSD Beta is getting much better. Prior to the reply, Musk also mentioned Vector lanes, which are particularly significant for the Tesla AI. It was known last year that Tesla is working towards using Supercomputer Dojo for Tesla vehicles. It would mean more accurate driving, more safety, and other such improvements.

The critical improvements in the new upcoming update show more accurate predictions of where the other vehicles are located. It could be a turn or merging, the unnecessary slowdowns will be reduced. Also, the company is working on improving the vehicle behavior when the maps turn out to be inaccurate. In such cases, the vehicle should be able to detect the right path easily.

Furthermore, the FSD Beta V10.11 is said to have improvements towards vulnerable road users (VRU). In the release notes, it is mentioned that the VRU detection is around 44%, which will allow the system to  reduce “spurious false-positive pedestrians and bicycles.” In the upcoming next-generation labelers size will be increased to improve the VRU.

The other improvements include- reducing the vehicle “parked” attribute error rate by 17%. Additionally increasing smoothness through turns for road lines which are irrelevant for control. Currently, this version is being used by Tesla employees and will be released to external users soon. As Tesla releases the updates, the real-world experiences are typically shared within hours by various users. These updates will have a software version number of 2022.4.5.15. according to reports posted in the online electric vehicle community. The precise release notes can be found in the tweet mentioned above.