Tesla’s Full Self-Driving (FSD) technology update will be the 10.6 version. According to the release notes, it says that Tesla is focusing on three things with this update. They are Vision, the precision of movements, and object detection by the vehicle. These features can soon be experienced by customers who have safety scores of 98,99 and 100.

It is expected that drivers with lower scores would also be able to avail themselves of the FSD update. However, there is no information about the expansion of giving access. The Full Self Driving program is a unique feature by Tesla where only certain eligible drivers will be able to get the technology. Based on the safety scores the access will be provided. So if any Tesla user wants to be part of the program their safety score must be close to or equal to 100. 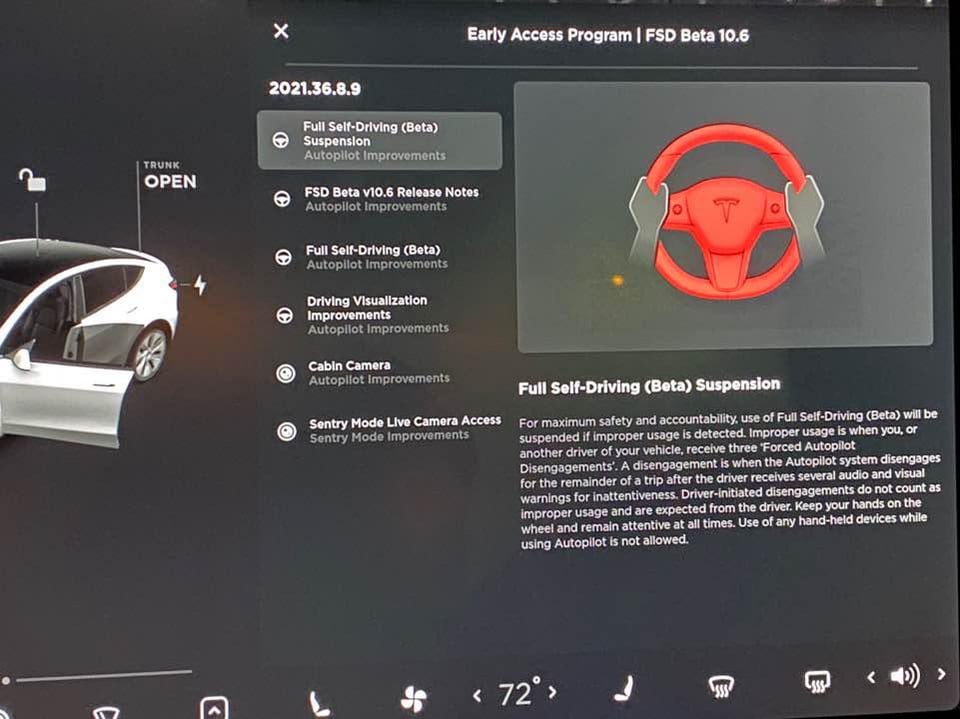 However, the current update wouldn’t make the vehicle fully autonomous. Similar to the previous add ons, Tesla is working on improving the technology focusing on each feature with every update. This year there have been many updates from the ability to move aside when an emergency vehicle is detected, to the ability to detect a sleeping or not the attentive driver.

It releases internally today, then rolls out to external beta in a few days if no significant issues are found

Tesla is often subjected to many claims like the self-driving software being the root cause of a Tesla accident. Whenever there was a Tesla vehicle accident, usually Tesla vehicles are being investigated by the transportation regulators in the US, NHTSA. With the introduction of safety scores, Tesla is now being stricter, and not taking any risks.

The new 10.6 updates were released internally (to Tesla employees) on Friday and ar expected to be released for other customers in 2-3 days. In case there are some major problems it may be delayed to customers. The release notes included the following, as shared on Reddit,

The three things mentioned above seem only to be part of the overall updates. Customers will have to wait for the release to know the difference.