“The Sango,” A Crypto-Island, a first of its kind!

After dominating the developed economies such as USA, UK and Canada, bitcoin now has started to move onto its new objective of opening up the market in developing and underdeveloped countries. Bitcoin has already taken the financial sector by storm by creating an opportunity for the investors to invest and earn huge benefits out of it. Central African Republic is one of the latest country which adopted bitcoin as a legal tender in the financial sector, following which a new project called “Sango” was designed. The initiative is designed to attract investors and fans, advance bitcoin’s legacy, and construct a “crypto island” named “The Sango” with metaverse-related components.

Sango and its prominence!

Faustin Archange Touadera, the president of CAR, remarked that the new effort, which aims to turn the country into a crypto hub, has the potential to transform the financial industry. The statement did not include information on when the crypto hub will be launched or when it would be open to investors, but he clearly demonstrated his generosity and haste in launching such a project. When Crypto Island becomes a reality, it will be known as “Sango,” a crypto-economic zone linked to a virtual metaverse of the same name. Future features will include NFT minting and asset tokenization in the virtual cyberspace, which is 1:1 matched to the real-life island. 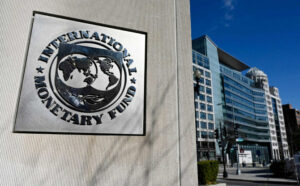 The International Monetary Fund acts a statutory body advising countries under it to maintain the balance of financial sector by adopting policies that are viable and stable enough for the growth of the economy. The IMF went on to warn CAR that the adoption of bitcoin as its official currency will have a lot of issues as the cryptocurrency has a character of volatility. This trait has the potential to cause financial instability and legal uncertainty. Even though CAR claimed that the adoption of bitcoin will help in economic growth, the investors, crypto experts across the globe criticized the move. Considering United Nations say, CAR is one of the poorest country with a lot of technological backwardness. Low internet usage adds up to the misery. In such a situation, ideally the government should focus on improving the standard of life of the citizens by implementing plans that are concreate enough and have stability. But, the idea of formation of a crypto island has to deal with a lot of backlash for valid reasons as mentioned above.